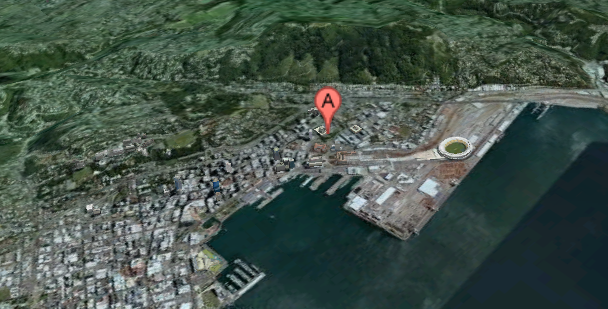 New Zealand: Whispers of a New Containment Policy in the South Pacific

-41.278446, 174.776550, Wellington, New Zealand – One of the interesting aspects of the leaked emails between Foreign Minister Murray McCully and MP Johns Hayes, a former diplomat, is the latter’s mention of the need to “resist” China’s growing presence in the South Pacific. With that simple advice Mr. Hayes has revealed a much larger issue, one that undoubtedly has been discussed at length with New Zealand’s major allies, Australia and the US. The issue is how to contain China. 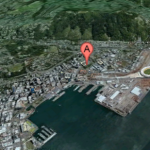 Along with nuclear deterrence, “containment” was at the heart of Western approaches to the Cold War. The strategy of containment was to resist and counter-balance Soviet influence in the Third World, including the South Pacific. New Zealand had a significant role in the application of anti-Soviet containment in the South Pacific, and its diplomatic, military and intelligence assets were used to that end. With the collapse of the Soviet Union and end of the Cold War, there followed a decade of relatively benign neglect of the South Pacific by traditional Western patrons, who cast their geostrategic gaze elsewhere and prioritized accordingly.

Into that breach stepped the People’s Republic of China (PRC), which used phenomenal economic growth to expand its sphere of influence throughout the Western Pacific basin and beyond. As an emerging great power China must fuel its growth via the importation of raw materials from new investment markets, and must extend its influence (and deploy force) along the sea lines of communication through which these imports flow (with the South Pacific now being a major corridor between South American and Australasian investment and trade with the Chinese mainland).

In the South Pacific, China’s interest has been manifest in the use of “chequebook diplomacy” to provide aid and investment unencumbered by “good governance” and transparency requirements upon which most Western aid and investment is based. Besides winning friends in the Pacific Island Community (PIC) with this practice, the PRC also encourages Chinese migration to the region as a source of semi-skilled and skilled labour (most of the Chinese-funded infrastructure development projects in the South Pacific require the use of Chinese rather than local labour). Resident Chinese communities now constitute important segments of the merchant and investor classes in places like Fiji, Tonga and the Solomon Islands, where they are suspected by Western intelligence agencies of engaging in human intelligence collection on behalf of the homeland.

To this can be added the expansion of diplomatic and military ties between the PRC and PIC nations, to the point that the PRC has the largest diplomatic presence in the region (its embassy in Suva is the largest in the PIC) and has established military-to-military ties with countries such as Fiji (in part to take advantage of the strained ties between the Bainimarama regime and its Antipodean critics). Chinese navy surface vessels now make regular port calls throughout the South Pacific, and its submarines are reported to make 6-10 deployments per year deep into Southern waters, often tailing a growing Chinese fishing fleet that has on-shore processing facilities throughout the region and which is suspected of providing cover for Chinese signals intelligence monitoring.

It was not until the mid 2000s that the US and its South Pacific allies reacted to this trend. Since then, the US has shifted its strategic priority away from Europe and towards East Asia, including moving the bulk of its naval assets to the Pacific. The US has re-opened aid and trade missions in the PIC, and most importantly, has solidified and expanded its security ties with Australia and New Zealand (including the November 2011 “Wellington Declaration” whereby New Zealand was restored as a full security partner of the US after years of tension stemming from its 1985 non-nuclear decision).

The twist in this tale is that both Australia and New Zealand have become increasingly dependent on trade with the PRC, which has caused them to pay much diplomatic lip service to the concept of mutual interest with the PRC and given an increasingly Asian focus to their respective foreign policies.

The twist in this tale is that both Australia and New Zealand have become increasingly dependent on trade with the PRC, which has caused them to pay much diplomatic lip service to the concept of mutual interest with the PRC and given an increasingly Asian focus to their respective foreign policies.

However the reality, as indelicately phrased by Mr. Hayes, is that not only the US but also Canberra and Wellington fear the emergence of China in the South Pacific because its rise has the potential for supplanting the US-led alliance as the dominant regional player. Thus the strengthening of trilateral security ties between them and the expansion of their bi- and multi-lateral diplomatic overtures (mostly couched in the language of developmental aid) within the context of the Pacific Island Forum (PIF) and South Pacific Community (SPC). Along with EU engagement with the PIC (now on the wane), the diplomatic re-emphasis is designed to counter-balance Chinese influence and restore a pre-eminent Western orientation in the PIC.

All of this involves a mix of “hard” and “soft” power (using military, diplomatic and economic instruments) in order to engage in the “smart” use of aggregated Western influence in the face of Chinese regional inroads. If nothing else, renewed Western involvement in the South Pacific raises the economic and diplomatic costs to the Chinese of maintaining their position, which in turn diverts resources that otherwise could be directed elsewhere. The South Pacific Chinese containment strategy, in other words, is directed at “rolling back” Chinese regional influence.

In places like Fiji, application of the containment strategy may be a case of too little too late, as China has cemented its relationship with the Bainimarama regime. But elsewhere, even in countries with a strong Chinese presence such as Papua New Guinea, the Western alliance is in full containment mode.

For Australia, with its mineral resources coveted by the Chinese and an association with the US that is seeing it gradually replace the UK as the US’s major military ally, the issue of containing China’s South Pacific ambitions can be justified as being one born of strength and self-interest: the Chinese need Australia’s resources more than they need a confrontation with it, and alliance with the US is set to make Australia a global military and diplomatic player in the years to come. Australia’s interests extend far beyond its immediate vicinity, so the South Pacific containment strategy is one piece in a larger geopolitical strategy in which it holds significant leverage vis a vis the PRC. China can live with that.

For New Zealand the situation is different. Revelation of the Chinese containment strategy in the South Pacific places New Zealand on the horns of a Melian dilemma: as a small island state caught in the middle of an incipient great power struggle, it has attempted to balance the two by increasingly trading with the PRC while renewing its security ties to the US. But New Zealand has no strategic leverage on the PRC, and is more dependent on Chinese trade and investment than vice versa. Likewise, New Zealand has little leverage with the US other than its reputation as a small market democracy with a strong record of Western strategic service.  New Zealand’s reliance on Australia and the US for its security and a significant portion of its trade means that it needs its larger Western partners more than they need it.  Thus the balancing act smay become untenable for New Zealand the more its commitment to containing the PRC is made apparent in light of increasing tensions between the two great powers in the Western Pacific. In that event it may be forced to choose sides rather than suffer the fate of Melos, whose neutrality in the Peloponnesian Wars was rewarded by its invasion and sacking by the Athenians.

In the New Zealand version of this dilemma, the choice will be between trade and security, at which point the commitment to South Pacific containment will receive its sternest test. New Zealand’s hedge against this dilemma is ratification of the TPP, a multinational trade and investment compact involving the US that excludes the PRC and which is currently under negotiation. The TPP is the economic component of the China containment strategy, as it is designed to link the most important East and South Asian economies with Antipodean and Western Hemisphere partners. The PRC understands the fence-ringing thrust of the TPP within the larger geostrategic context, and has objected, without success, to its exclusion.

Should the TPP be ratified and entered into force, potential loss of Chinese trade and investment could be compensated by the increase in trade and investment between TPP partners. That is a theoretical gain rather than a certain one given the multiplicity of actors and issues involved. It also does not factor the Chinese response, which could be to redouble its efforts to cement a sphere of influence in the South Pacific. If that were to occur, tensions can be expected to rise on both sides of the containment “fence.”

Given the uncertainties involved and its weak position vis a vis the PRC, New Zealand’s support for the US-led South Pacific Chinese containment strategy could become an increasingly delicate balancing act.