Sunday, October 2, 2022
Home About Us About the Director 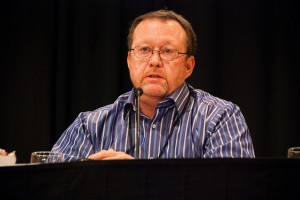 Dr Paul G. Buchanan is a former intelligence and defense policy analyst and consultant to US government security agencies who specializes in matters of comparative politics, international relations and security. He is a dual NZ/US citizen resident of New Zealand. Raised in Latin America, he has an MA in Government from Georgetown University and Ph.D. in Political Science from the University of Chicago. He has taught at the National University of Singapore, University of Auckland, New College of Florida, University of Arizona, Monterey Institute of International Studies and US Naval Postgraduate School, and has held research appointments in Argentina, Brazil, Chile, Portugal and the US. He has received Fulbright, Heinz, Kellogg, Tinker, Council on Foreign Relations and Pacific Rim Universities fellowships as well as numerous other awards.

Besides his academic background (which includes lecturing and mentoring  junior US intelligence officers in Latin American affairs and unconventional warfare), Buchanan has provided regional, subject and country-specific analysis and advice to senior US military, intelligence and diplomatic decision-makers. In his US government related capacities he handled daily intelligence flows from the field, prepared congressional testimony, met with foreign and domestic policy-makers and responded to Official Information Act requests. He was the co-team leader of the Office of the Secretary of Defense (OSD) Cuba Task Force as well as being Caribbean desk officer and Regional Policy Analyst for the Interamerican Region in 1993-94. He consulted to several US government security agencies on matters of Latin American politics and security prior to his arrival in New Zealand in 1997. His responsibilities required him to have a Top Secret security clearance issued by the US government. After emigrating to New Zealand he worked with the New Zealand Defence Forces as an educational consultant on issues of unconventional warfare, and has more recently lectured at the Australian Defense College on Southeast Asian geopolitics. He has written professionally about Argentina, Australia, Brazil, Chile, Cuba, Fiji, New Zealand, Singapore, South Korea, Uruguay, the United States and Venezuela as well as the comparative foreign relations of several states, and is an internationally recognized authority on authoritarianism, democracy, political regimes, regime change, comparative labor relations, comparative foreign policy and international security.

Summary
Buchanan is the author of three books, over sixty scholarly articles, chapters, monographs and reviews as well as more than 130 opinion pieces in various media. He has extensive experience as a media commentator on international affairs and practical and scholarly experience in comparative politics and international security affairs, including intelligence analysis and unconventional warfare.