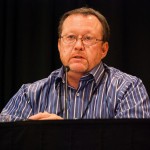 Dr Paul G. Buchanan is a former policy analyst and intelligence consultant to US government security agencies who specializes in matters of security, comparative and international politics. He is a dual New Zealand/US citizen resident in New Zealand. He has taught at the National University of Singapore, University of Auckland, University of Chile, New College of Florida, University of Arizona, Monterey Institute of International Studies and US Naval Postgraduate School, and has held research appointments in Argentina, Brazil, Chile, Portugal and the US. He has received Heinz, Kellogg, Tinker, Council on Foreign Relations and Pacific Rim Universities fellowships as well as numerous other awards.

Besides his academic background (which includes lecturing and mentoring  junior intelligence officers in Latin American affairs and unconventional warfare), Buchanan has provided regional, subject and country-specific analysis and advice to senior US military, intelligence and diplomatic decision-makers. In his US government related capacities he handled daily intelligence flows from the field, prepared congressional testimony, met with foreign and domestic policy-makers and responded to Official Information Act requests. He was the co-team leader of the Office of the Secretary of Defense (OSD) Cuba Task Force as well as being Caribbean desk officer and Regional Policy Analyst for the Interamerican Region in 1993-94. These responsibilities required him to have a Top Secret security clearance issued by the US government. After emigrating to New Zealand in 1997 he worked with the New Zealand Defense Forces as an educational consultant on issues of unconventional warfare, and has more recently lectured at the Australian Defense College on Southeast Asian geopolitics. He has an established profile as a media commentator on matters of international import.

Summary
Buchanan is the author of three books, over fifty scholarly articles, chapters, monographs and reviews as well as more than 130 opinion pieces in various media. He has extensive experience as a media commentator on international affairs. He also has practical and scholarly experience in international security affairs, including intelligence analysis and unconventional warfare.