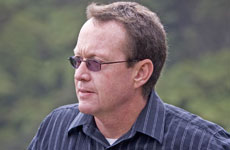 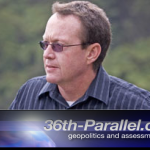 Revelations that New Zealand and Australian aid funds destined for promotion of democratic governance in Tonga are unaccounted for have highlighted the diplomatic dilemmas confronting the Antipodean states on matters of Pacific foreign policy.

The Tongan Auditor-General has been accused of damaging diplomatic ties with New Zealand by revealing the aiding discrepancy and the flip flop by New Zealand foreign minister Murray McCully with regard to reported demands that the money be returned to the donors (55.6 percent to Australia and 44.4 percent to New Zealand). A s a result and at the behest of the Tongan Prime Minister, the Attorney-General has been charged with three counts of dereliction of duty.

Although the Tongan parliamentary inquiry into the Auditor General’s remarks have the look of a witch hunt and scape-goating exercise, New Zealand and Australia have no choice but to support the Tongan government on the matter.

The reason is Fiji.

Tonga has strained relations with its neighbor and supports Australian and New Zealand efforts to isolate the authoritarian Baimimarama regime.

Although the Tongan government itself has a mixed record when it comes to democratic governance and the missing aid monies are a source of concern in Wellington and Canberra, it is not an opportune moment for either to engage in a diplomatic row with a vital regional partner that serves as a counter-balance to Fiji within the Pacific Island Forum.


Forecast: “Under those conditions, 36th Parallel Assessments foresees continued Australian and New Zealand diplomatic support for the Tongan government in the dispute with the Auditor-General, Pohiva Tu’i’onetoa.

“Under those conditions, 36th Parallel Assessments foresees continued Australian and New Zealand diplomatic support for the Tongan government in the dispute with the Auditor-General, Pohiva Tu’i’onetoa.

“This augers poorly for Tu’i’onetoa’s fortunes, but ensures continuity in the trilateral relations between Australia, New Zealand and Tonga at a time when Tongan support for Australian and New Zealand efforts to promote democratic restoration in Fiji is critical.”