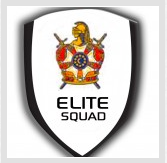 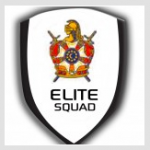 36th Parallel Dispatch: Fiji’s military-led government is actively promoting a commercial-wing of its defense network as a recruiter and agent for private military-styled security personnel. Fiji Defence Logistics was established in 2008, less than two years after Commodore Voreqe (Frank) Bainimarama and the Republic’s military overthrew the Fijian government. The company was formed under the Fiji military government’s Public-Private-sector Partnership (PPP) framework.

After the December 2006 military coup, the United Nations began cutting back numbers of Fiji military personnel deployed to UN-backed peacekeeping and peace-making operations. This, when placed alongside the return of former soldiers whose private army/security contracts were concluding in Iraq, risked a significant fiscal shortfall for the post-coup Fiji economy and for the families of the returning personnel.

There was also concern regarding what to do with an influx of military trained personnel returning to Fiji. Fijian soldiers have a good reputation in the peace-keeping and private security fraternities. When the United States opened post-invasion-Iraq to private security contractors, multinational company representatives were believed to have exploited Fijians, signing them up to contracts that returned sums significantly less than were paid to personnel from western nations with comparable experience and expertise.

By 2008, Commodore Bainimarama appeared to have moved to rectify these issues. His regime established Fiji Defence Logistics through a PPP-structure, registering it as a company while aligning it as a commercial wing of the military apparatus.

Under the company’s umbrella, the regime set up the Elite Squad. The Squad was able to act as an agent, recruiting and representing military and security trained personnel and move to sign contracts with overseas-based security firms. The Elite Squad was designed to provide Fiji with the ability to sell its expertise as the Pacific region’s lead-nation in the private security field.

In January/February 2012, the Elite Squad begun progressively pitching to operate as a contracted security force in the Melanesian sector of the Pacific region.

36th Parallel understands that via the Elite Squad, Fiji is positioned to assist Melanesian Spearhead Group states to secure or restore civil order. As such, Fiji Defence Logistics confirmed on March 12 2012 that Defense Logistics has set up an extended branch in PNG. 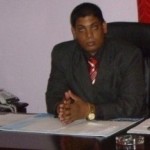 In March, Defence Logistics’ chief executive officer, Amit Chand (pictured left), began actively promoting the recruitment/agency service on his Linkedin.com account: “If you’re in the high-risk security industry, then you’re committed to the protection and well-being of other people – a path that takes an enormous amount of training, expertise, and mental clarity – and one that many in the “civilian sector” can’t understand.”

Chand established Defence Logistics as a company on Linkedin and then signed up to Webrecruit Transforming Recruitment Online, Defence Network, and Security Industry Group entities that coordinate and promote developing opportunities for private security firms and military companies. He also connected to the Linkedin group China Expats & Returnees Jobs.

For the past six months Papua New Guinea has been consumed by a fight for control of its prime ministerial office by former prime minister Sir Michael Somare and Parliamentary appointed Prime Minister Peter O’Neill. The conflict between PNG’s two most powerful men has exposed the Melanesian state to inter-factional political rivalries that have in turn led to instability in PNG’s judicial and security institutions. For example, in February there was a mutiny among PNG’s military which flared at the Port Moresby barracks. The mutiny was quickly quelled, assisted by an offer of an amnesty in return for a hand-over of seized weapons. Currently, political instability inside PNG is compounded due to uncertainty over whether PNG will be able to hold scheduled elections in June 2012. O’Neill, who enjoys the support of Australia, is adamant that the elections will be held as per schedule. However, electoral officials have publicly voiced that they cannot meet the logistical requirements necessary to hold free and fair elections on time. It remains to be seen how this uncertainty will impact on foreign investment. To date, multinational companies continue to commit to exploration and exploitation natural resource operations inside the divided state, but now have no assurances that the current political and legal order will hold past mid-year. 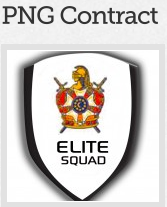 All of this instability offers Fiji Defence Logistics’ Elite Squad an opportunity to assert its expertise and service.

Should the Bainimarama Government wish to, from a security standpoint Fiji can move to influence outcomes in PNG in one of two ways:

Fiji Defence Logistics is therefore well placed to provide security services for PNG-based clients, and based on the degree of instability and perceived threat, the Elite Squad can justify Fiji trained personnel becoming operational inside the Papua New Guinea theatre.

Defence Logistics has already embedded itself into PNG’s tertiary sector, providing training in security management and logistics. The company is now well placed to gather intelligence, especially from the capital Port Moresby, and export it back to Suva where its military officials can analyze the significance of groups, activities, and networks inside PNG. Chief executive officer Amit Chand told 36th Parallel he believed stability can only be restored by Papua New Guinea’s Legislature agreeing to call for an early election. That is however an option that Sir Michael has been unwilling to agree to.

Amit Chand stated to 36th Parallel that the entity is the “official defence contractor for Fiji government”.

The main core function of the company is to purchase stock from global manufacturers and on-sell equipment to defense, police, security entities, marine surveillance operators, telcos, and medical service providers in the wider Pacific region. The company states it provides military/security equipment and ‘defence gadgets’ to clients (including governments) in the Pacific region, including camouflage uniforms, hand-cuffs, batons and daggers, stun-batons and communications equipment (Fiji Defence Logistics – defense gadgets)

It claims to already have contractual provision and logistic service contracts with “all the government departments, Defense Forces and private sector organizations in Fiji and PNG by providing them with:

Amit Chand told 36th Parallel that all FDL’s dealings with external governments remain classified. However, the company states it provides security services to clients in the region and adds it provides specialist “training and crash courses” in defense logistics with the Training and Productivity Authority of Fiji (TPAF) which has merged with the Fiji National University (FNU). It stated it planned to replicate this service inside Papua New Guinea.

The company’s site states: “Our vision is to be the most trusted and preferred provider of Defense, Security Equipments, Boarder Control Logistics, Global Security Technology, Systems Solutions and a State of the Art Research, Training and Development for all the Defense forces in Fiji and the Pacific Island states in the Region that ensures the security and freedom of our nation and its people.”

Chand admitted the company has a “role” inside Papua New Guinea but again added that this role “is also classified”.

What 36th Parallel knows is:

Fiji Defence Logistics is the trading commercial branch of the Republic Of Fiji military forces, and is connected through this conduit to the authority and control of the Republic Of Fiji Government, its Prime Minister Commodore Voreq (Frank) Bainimarama. While logistics provision and training is a major plank of its operation, Fiji Defence Logistics also operates as a recruiting agent for private security  and military personnel (both former and current), connecting these individuals to private security companies and operations in the region and globally.

Fiji Defence Logistics manages the ‘Elite Squad’ which it describes as a premier ‘Body Guard Security Corporation’ that designs, coordinates, and executes all aspects of protection strategies for VIPs, high-visibility politicians, senior executives, elected officials, and other public figures and their family members. In addition it offers protection to ‘key facilities and events’.

In summary, FDL offers services in the Melanesian Spear Head Group member countries, it arranges and manages protection on air and ground transportation, accommodation and other related logistics, and provides “further client security and comfort in an efficient, cost effective and timely manner”. It achieves this by selecting personnel from Military (presumably but not exclusively Fijian) special forces, Police, Corrections and Navy.

FDL claims: “We possess skills and a certain ‘savvy’ that are not only essential to pre-empt and counter hostile actions and terrorism, but also in the event of having to cope with other everyday emergency situations.”

36th Parallel Assessment: It is possible Fijian military personnel may be recruited for defense contractor work in Papua New Guinea via the Republic Of Fiji’s military contract and logistics wing Fiji Defence Logistics. As an agent providing a conduit between skilled military personnel and private security contractors, Fiji Defence Logistics appears open to recruiting such personnel from the wider Pacific region. As such, Australian and New Zealand private security contractors may seek to take advantage of the Fijian-based defense logistics opportunity. While political fragmentation and instability within Papua New Guinea continues, any move by an external actor to deploy private security personnel to that country will remain high risk. For Fiji, it would attract significant diplomatic resistance from neighboring western Five-Eyes partners Australia and New Zealand and likely cause a return to overt pressure from Washington, something Bainimarama’s regime has been moving to remedy.
36th Parallel Update: Fiji hosted the Melanesian Spearhead Group’s Police Commissioners Convention, beginning March 14.

The PINA news agency also reported Friday: Police Commissioners of the Melanesian Spearhead Group (MSG) have been urged to construct a law enforcement MSG legion resolute to the demand of their people and to resolve issues the Melanesian way and without outside interference.