In order to understand political dynamics, underlying economic factors often need to be considered. The growing rift within the Pacific Island Forum between the Melanesian Spearhead Group (MSG) and the Polynesian Leaders Group (PLG) is one such instance. 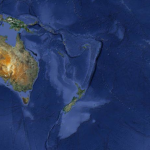 The metals boom preceded the minerals boom, both of which have been paralleled by  ongoing interest in discovering new sources of energy, oil and natural gas specifically. Once metals markets were consolidated, investment flows turned to mineral resource extraction and towards exploring previously inaccessible sources of oil and natural gas. Rising prices for fuel and mineral commodities in an era of technological innovation has pushed capital investment into previously unexploited areas of the globe, including the South Pacific. Under highly competitive market conditions, Asian capital has joined the quest and accelerated the pace of primary resource investment even where it remains a secondary market player. The race to secure market share in these commodities is well and truly on.

Against that backdrop  Commodore Voreque Baimimarama travels this week to Vanuatu in his capacity as Chairman of the Melanesian Spearhead Group (MSG) , a sub-group of the Pacific Island Forum (PIF) regional organization that encompasses most Pacific Island States, including Australia and New Zealand. Created in 1999, the MSG has recently been rivaled by the 2010 creation of the Polynesian Leader’s Group (PLG), which aggregates eight members of the PIF. Unlike the PLG, the MSG has an established institutional structure and programmatic agenda, increasingly  dominated by Fiji due to its diplomatic importance and the relative underdevelopment of or political instability in other member states (New Caledonia, Papua New Guinea, the Solomon Islands and Vanuatu).The MSG contains a multilateral trade agreement between the its members, and because of historical investment interest in resource extraction in the sub-group (forestries and fisheries as well as minerals), it has seen the bulk of regional foreign investment in the last two decades. The ExxonMobil-led liquefied natural gas project in the PNG is one sample of that ongoing interest, now pushed into newly exploitable areas.

Polynesia has begun to experience the impact of the global energy and mineral rush. Whereas MSG members have a number of land and seabed mineral exploitation contracts within their Exclusive Economic Zones (EEZs), only recently have PLG nations begun to see significant investment in land mining, and fewer have seabed exploitation agreements (one, Nauru, has secured a license to exploit seabed resources in international waters). Many of the companies involved in developing the PLG region for mineral extraction are already in the MSG, so the economies of scale they bring to negotiations with small Polynesian states provides them with good leverage when negotiating agreements. As in the case of MSG members, these contracts are not bound by regulatory vehicles embedded in regional trade agreements such as PACER and PICTA (on regional architecture, see here). 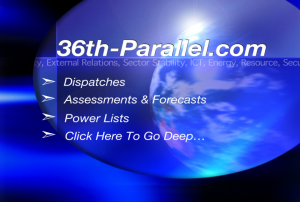 The PIF is an observer of the Trans-Pacific Partnership Agreement (TPPA) negotiations involving the US, Australia, New Zealand, Chile, Singapore, Peru, Brunei, Vietnam and Malaysia.  Japan, South Korea and Canada have also expressed desire to join the TPPA. Should the TPPA be ratified, increased trade volumes within the region are expected to grow even if the PIF does not become a full member itself. However, discussion has begun within the MSG about emphasizing bi- and multilateral trade with the so-called BRIC emerging economies: Brazil, Russia, India and China. None of these are party to the TPPA and yet are among the fasting growing economies in the world. They are, in fact, emerging great powers, gradually supplanting traditional Western powers as the motor force of the global economy.

China already has an established economic footprint within the MSG and its diplomatic presence, the largest in the PIF region, has grown  commensurate to the size of its investments. Russia and Fiji have just signed economic cooperation agreements, and Indian venture capital has made footholds there as well. This trend has begun to be seen in PNG and the Solomons. Should the move to emphasize trade and investment between the MSG and BRICs lead to higher levels of commerce with the latter, the impact will significantly increase the investment gap between the MSG and PLG. Given its larger membership and smaller resource base, PLG benefits from an eventual TPPA will be much more diffuse than in the MSG with or without the BRIC connection. The more the BRIC-MSG connection comes into play, the less the MSG will need to be part of the TPPA and other pan-Pacific trade agreements. Should that happen, the MSG will begin to outweigh the PLG influence within the PIF, which opens the possibility of  an MSG-Australia/New Zealand confrontation within the PIF because the Antipodean states do not want the PIF to be dominated by Fijian interests.

As a result of the 2006 coup that brought Commodore Baimimarama to power, Fiji is currently suspended from the PIF and Commonwealth, and has been the subject of sanctions by Australia, New Zealand, the US and European Union. In response, Fiji has strengthened its ties to non-traditional partners such as China, something that gives it more flexibility in its foreign relations. Although the US has  softened its stance regarding the Baimimarama regime and its timetable for 2014 elections, the impasse continues with the Commonwealth, EU, Australia and New Zealand. Because Fiji is the strongest partner with the MSG, that antagonism has spilled into MSG diplomacy vis a vis the Antipodean states and has seen the sub-group prioritize its relations with Asian partners as a balance to Western patronage relationships (which is based more on developmental aid than investment). Respecting the concept of national sovereignty, Asian economic partners are less concerned about Western notions of good governance, transparency, labor market conditions and environmental impact and more focused on returns on investment. This approach has been successfully used by Western companies operating within the MSG. The sanctions and suspension regime has done little to hurt the Baimimarama regime but have pushed both Fiji and the MSG more firmly into an Asian-centric diplomatic orbit, accentuating the cleavage within the PIF (which the MSG sees as too compliant with Australian and New Zealand diplomatic interests).

Evidence of the rift is seen in proposals to create an MSG armed “legion” to counter threats to domestic stability within its members. This follows upon and counters discussion within the PIF about creating a regional security force that would serve the same purpose (countering armed threats to domestic social and governmental stability). The PIF discussions on the subject have made little tangible progress, so the MSG proposal is a demonstration of its self-confidence within the large forum.

Against this backdrop, Baimimarama’s inspection visit before the 19th MSG conference later  this month provides him with the opportunity to set the agenda for this year’s discussions and to solidify Fijian interests within the group. Contentious topics such as granting both Indonesia and Western Papua observer status in the MSG (given Indonesian occupation of  Western Papua) are likely to be downplayed in favor of a consensus on strengthening ties with non-Western states and solidifying the MSG’s pre-eminent position within the PIF, at the expense of the PLG (and the much smaller Micronesian States Chief Executives Group).

Consolidating his position as leader of the MSG reinforces Baimimarama’s position at home, where in the face of Western demands that he keep to a timetable leading to open elections in 2014 he can point to demonstrable gains in terms of Fijian influence in regional politics as well as increases in Asian capital investments in that country (even if the country has experienced negligible net growth in the last decade). Bolstered by such events, the Baimimarama regime may feel confident enough to delay or cancel the elections, which will have major implications for the PIF.

The rift within the PIF  is evident in increased MSG demands that Fiji be included in any PIF trade discussions (such as PACER Plus). Whichever the approach adopted by the PIF Secretariat (inclusion of Fiji on matters of trade or its ongoing suspension), the division between the MSG and PLG is likely to widen in 2012. Boosted by the influx of foreign investment in minerals and energy exploitation, the MSG is in a position to make demands within the PIF that it previously could not. Given the failure of the sanctions regime, the inclusion of Fiji in future trade talks (the next PIF forum is in late August) could be a way of incrementally restoring it to full membership status while allowing Canberra and Wellington to save face (recent reports suggest that Australia and New Zealand are already re-considering the issue of Fijian sanctions). The ball is in the MSG court, with Fiji controlling the MSG play.

SummaryPIF stability score is 5 (medium), the MSG score is 7 (good) and the PLG is 2 (low). (Stability score is ranked 1-10 on a range extending from none to full institutional capability and enforceable authority over time).

Futures Forecast: Sharpened differences between the MSG and PLG within the PIF will lead to an institutional weakening of the latter.