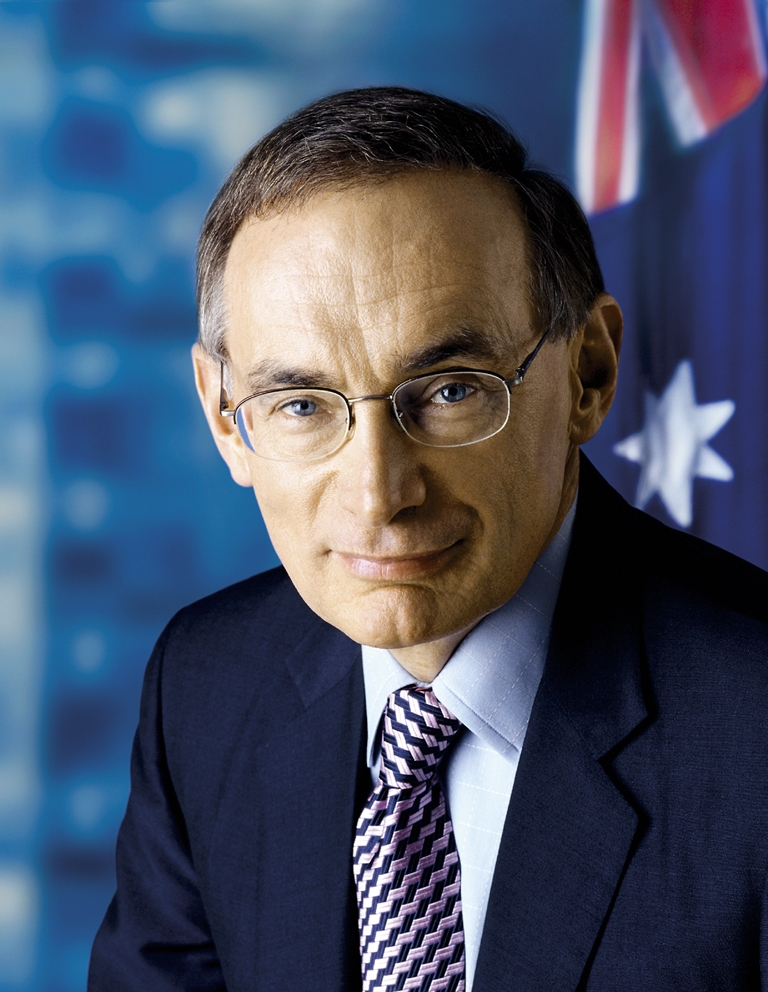 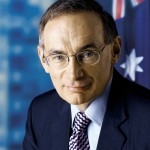 Former New South Wales Premiere Bob Carr’s appointment as the Australia Federal Government’s foreign minister is controversial but does not detract from his ability to tackle the portfolio and progress a foreign policy that returns Australia to a state of significance within the wider Asia/Pacific region.

The controversy is not based on any impropriety or corruption nor incompetence but the manner in which the Australia’s Prime Minister Julia Gillard stealthily maneuvered to have Carr appointed from outside elected office and from the political sidelines and into Cabinet.

The move was made possible due to a strange and pragmatic loophole. When an Australian senator departs, his or her party can appoint a replacement without the need for a by-election. Carr’s unelected appointment to the Federal Government came after Mark Arbib, a Gillard loyalist, announced his resignation as a New South Wales senator. Carr was then appointed and sworn in.

Clearly the three events: Arbib’s resignation, Carr being sworn in, and Gillard appointing him to the Federal Cabinet were all centrally coordinated. The speed in which Gillard announced Carr would replace Kevin Rudd as Minister of Foreign affairs gave the impression of political manipulation. It also gave Coalition opposition leader Tony Abbot another chance to claim that Gillard and her Labour Government are being run by “faceless men”.

The appointment was not predicted, and Gillard has been both praised for keeping the Opposition guessing rather the preemptively criticizing the appointment. Conversely, the Australian political press has underlined that Carr’s appointment from outside Parliament gives the appearance of undermining the depth and quality of politicians in her own Cabinet and Caucus – and risks alienating those who were ambitious to take on the role.

One of those left high and dry by Carr’s appointment is West Australia Labour MP and current Defense Minister Stephen Smith. He was expected to be a front runner to replace Kevin Rudd. He was Foreign Minister prior to Kevin Rudd losing the prime ministership to Julia Gillard in 2010, and was seen as a competent, smart, minister who established Australia’s post-Howard government position over tricky issues like Australia/Fiji relations and who navigated successfully the complexities of Australia/Melanesia affairs.

But all the controversy does not detract from Carr’s ability to tackle the role. He is a legendary figure in state Australian Labor Party politics, and was for ten years an enduring leading figure, especially in Sydney, peaking when the Nationals/Liberal coalition hero John Howard reigned supreme.

As the Sydney Morning Herald wrote this week, opinions of Carr’s 10 years as NSW premier vary widely. But he is experienced in Parliament and in the larger political community, has a demonstrated interest in foreign affairs, and brings personal stature and style.

That experience was underscored by a ten year reign as Premiere from April 1995 to August 2005. He is seen to be a member of the ALP’s right faction and an advocate of nature conservation.

On July 27 2009 the Sydney Morning Herald wrote that after the 1999 state election, Carr declared 100 new national parks between Nowra and the Bega Valley… Carr claimed in 2009 that “rural towns did not ‘die’ as a result of these conservation measures. The old timber towns now boast communities with a strong economic base, world-class national parks on their doorstep and thriving nature-based tourism”.

As Premiere he drove down NSW state debt, reformed drug laws  and approaches to addiction (opening the first medically supervised clinic in Sydney’s Kings Cross so Heroin users had a safer place to inject). In Opposition he backed the 1994 Royal Commission into corruption in the NSW Police, and pioneered the concept of Public Private Partnerships, which helped drive an infrastructure development boom in NSW. Significant among the projects was creating the facilities necessary to hold the 2000 Sydney Olympics. Despite an impressive record in politics, after ten years as Premiere his public profile dipped with political polls noting a sustained decline in popular support. He resigned from state politics on July 27 2005.

After Carr’s appointment as Foreign Affairs Minister, he stated that the Asia Pacific will be his priority.

The Islands Asia Business web site noted that “On his first day on the job he [Carr] had briefings on Papua New Guinea and Fiji.  His first international visit will be to New Zealand, with Indonesian and Malaysian trips likely to follow.” Carr himself said on ABC radio that “(t)he first visit I want to pay will be to our friends in New Zealand, to pay them the courtesy of some consultation given their expert feel for the politics of the South Pacific.”

The IAB report continued “Australia has become increasingly isolated in its position on Fiji and many, including the Liberal Party, believe an opening of relations would benefit both countries.”  Fiji Prime Minister Voreqe Bainimarama told Australian journalist Graham Davis that Australia under Rudd has neglected the Pacific Islands region, enabling other powers to fill the  ‘vacuum.’ (ABC)

The United States has re-engaged with Fiji and has permitted its military leader and prime minister Voreqe (Frank) Bainimarama to visit Washington. With Bob Carr as Foreign Minister it appears highly likely he will establish a thawing of Australia/Fiji relations and follow the US’s lead. New Zealand foreign policy will be forced to get in behind as Carr re-advances the Australian brand into Melanesia and embraces New Zealand and its closer connections to Polynesia.

Former Foreign Minister in the Howard Coalition government, Alexander Downer, rates Carr highly. Downer said this week that unlike Kevin Rudd, who he said neglected Papua New Guinea, Fiji, and other regional states that do not register in the media, Carr will engage and be effective.

Downer: “If Australia wants to promote its narrow self-interest as well as its broader interests in security and economic liberalism, then it needs a foreign minister who “knows stuff” and has thought about these issues over a long period of time.”

“Senator Carr has, of course, been a state politician so his preoccupations in politics have been otherwise. But intellectually, he has always had an interest in foreign affairs, history and the evolution of civilizations. He is well-read and well-travelled.”

The defining challenge for Carr will be how he navigates Peoples Republic of China – Australia – United States of America relations. Lowry Institute visiting fellow Professor Hugh White wrote this week: “The issue is how Australia positions itself between the United States and China as the strategic rivalry between them grows. Our biggest trading partner and Asia’s leading power faces our traditional ally across a widening gulf of mutual antagonism. If this trend is not reversed it will end in disaster for us. But what can we do?

“The orthodox view is that we have no choice but to support Washington in whatever policy it decides to adopt towards China. As an ally it is unthinkable for us to do anything else. We just hope that America gets it right, and that China either doesn’t notice, or doesn’t mind.

“Carr challenges that orthodoxy. He believes that any Australian government has a responsibility to work out for itself what kind of relationship between the US and China works best for Australia, and to carry the debate to Washington and elsewhere.”

It will take a courageous politician to establish an independent path forward for Australia. First he will need to successfully argue that Australia being independent does not lead to estrangement or disengagement with the two extra-regional powers, and must display an ability to associate on issues of common-ground in a way that advances Australia’s national interest. As an unelected minister who brings to the portfolio a large degree of gravitas and earned reputation, Carr may be the right person to pioneer a “third-way” version of Australian foreign policy. If so, it could resolve the same conundrum faced by close economic regional partner New Zealand.

Like Australia, New Zealand embraces the benefits of China’s economic machine wedded to a bilateral free trade agreement while continuing its security ties to Australia and the US, in New Zealand’s case formalized by the 2010 Wellington Declaration signed between the centre-right National-led Government and the Obama Administration. In Australia’s case the Labor government endorsed US President Obama’s speech to the Australia Federal Parliament where he marked, as Hugh White wrote, a new high point in escalating US-China rivalry.

In a figurative sense, Australia and New Zealand have found themselves the meat between two thick pieces of bread, wedded to China and courted by the USA in a three-way rivalry-relationship that could eventually end in tears. Carr’s challenge is to put Australia back into its own foreign policy. If successful, Carr will inject a degree of achievement into an otherwise battered Gillard ALP Federal Government, especially if he is able to reclaim respect for Australia as a true regional power and an exporter, in foreign relations terms, of the Australian way.

Bob Carr will broker talks between Australia, Fiji and New Zealand in a move designed to remove sanctions against Fiji and to re-establish diplomatic contact between the three nations.

After only two days in the job, Australia’s new Foreign Minister has already sparked a diplomatic incident after raising the prospect to ‘condemn and isolate’ PNG should elections be delayed.