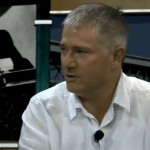 Main Points – On Wednesday June 20, New Zealand’s Minister of Defence Jonathan Coleman met with the United States’ secretary of defense Leon Panetta at the Pentagon in Washington DC where the Washington Declaration was signed.

The Declaration formalises in a military sense a warming of a foreign affairs and security relationship between New Zealand and the USA.

From this juncture, the United States will likely shear more military intelligence with New Zealand and keep it in the loop on forward strategy.

New Zealand can expect more coordination of military force training between it and the United States and its allies; more involvement of New Zealand forces in US-led peacekeeping and peacemaking operations.

New Zealand’s relationship with the United States has been warming since the mid 2000s after two decades of estrangement. In the mid 1980s New Zealand established anti-nuclear laws that prohibited vessels carrying nuclear weapons from entering New Zealand’s territorial waters. This legislation placed strains on the ANZUS treaty. ANZUS was a security alliance that was established in September 1951 and committed Australia, New Zealand, and the USA to the defense pact. In 1985 New Zealand stated that a US naval vessel was welcome to visit New Zealand ports so long as the US Government confirmed the vessel was not carrying nuclear weapons. The USA refused to either confirm nor deny which vessels in its Pacific fleet carried nuclear weapons. As a consequence, all US naval vessels were banned from New Zealand waters, and, in 1986, the United States announced it had suspended its ANZUS treaty security obligations to New Zealand concluding that New Zealand was a nation unsupportive of its global security interests.

However, since 2005 relations between New Zealand and the USA began to thaw. In 2006 New Zealand was called on to rationalize its non-proliferation ideal to North Korea during six nation talks attempting to thwart North Korea’s ambition to become a nuclear weapons power.

In 2008 the Labour-led Government hosted a visit by US secretary of state Condolezza Rice who described New Zealand as a “friend and an ally”.

On September 5 2010 the National-led Government’s Foreign Minister Murray McCully and the US secretary of state Hillary Clinton signed the Wellington Declaration which signaled the beginning of a “strategic partnership” a new chapter of even greater cooperation, committing both nations to regular Foreign Ministers’ meetings and political-military discussions.

On June 20 2012, New Zealand Defence Minister signed the Washington Declaration at the Pentagon in Washington DC.

Clitics of this trend are likely to argue that New Zealand is at risk of eroding its independent brand of foreign policy and undermining the strength of its diplomacy, should it strive to influence others through the strength of the morality of its argument. Arguably, New Zealand also risks complicating its relationship with the People’s Republic of China – its most influential trading partner – especially should the PRC become sensitive to New Zealand siding with the United States on security issues while the latter seeks to deploy up to 60 percent of its naval fleet in the Asia/Pacific region.