Late on Friday March 30 Melanesia’s leaders emerged from their annual summit resolute that security and progress will best be achieved by forming a stronger and secure regional bloc. 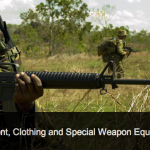 Melanesia’s solidarity-move counters what can be perceived as a weak point in Australia and New Zealand foreign affairs. For the first time since the end of the Cold War the Antipodean neighbours—which traditionally have been the leaders of the South Pacific community – are unable to assert significant geopolitical influence in the region, and, as a consequence, irrespective of how short-lived this period of political disengagement may be, have had their combined authority challenged by a rising community of Melanesian island states.

At the Melanesian Spearhead Group (MSG) summit, it was agreed by the leaders of Fiji, Papua New Guinea, Solomon Islands, Vanuatu, and representatives of New Caledonia’s Kanak movement to set up a regional security force. The Legion – as it will be known – will house its headquarters at a military base on the outskirts of Suva, Fiji’s capital city.

The Legion will be staffed by MSG administrators, and consist of military, police, border control and customs personnel. Fiji and Papua New Guinea will contribute the bulk of personnel to The Legion’s military and policing units.

The Legion will be deployed to quell unrest that may occur inside the MSG’s member states, and will also be on hand to investigate domestic and criminal activity of a global nature.

The Legion will be deployed to quell unrest that may occur inside the MSG’s member states, and will also be on hand to investigate domestic and criminal activity of a global nature. The Legion will also oversee security operations securing the activities of multinational mining activities, both on land and at sea. And the Legion will also lead recovery and restoration operations within Melanesia when natural disasters occur and be ready for immediate deployment to any jurisdiction within Melanesia as internal situations demand.

It is understood that the MSG’s leaders moved to ensure the region becomes as stable as is possibly so as to encourage foreign investment with MSG states and provide security for the Solomon Islands once the Regional Assistance Mission to the Solomon Islands (RAMSI) concludes its operations.

The establishment of The Legion also heralds a desire by Melanesia’s leaders to become more independent of their Australian and New Zealand neighbours and to take control of their own region’s affairs.

The Legion is part of a specific plan. The argument goes that a Legion would react swiftly to a Melanesia crisis when compared to wider regional, or United Nations-backed, assistance mission. History shows the latter are slow to gain political buy-in, slower still to achieve governmental authorization, prove to be weighed down by bureaucratic inertia at the logistics planning phase, and cause frustration among assistance needy populations when delays in troops and/or police deployment occur.

There is an added complication where wide-based assistance missions demonstrate a reluctance to disengage once a crisis has passed. As the Solomon Islands experience shows, externally controlled assistance missions can attract resistance from an ‘occupied’ state’s political elite when the latter find they are unable to control a foreign force’s exit from their jurisdiction.

Fiji argued that The Legion should be established at a MSG sub-group meeting in March 2012.

Fotofili said: “Even the spectrum of policing and the emergence of new and sophisticated crimes in the region, it is obvious that the need for collaboration and co-operation among MSG police forces is critical now than it was before.” Fotofili said the emergence of critical issues such as terrorism dramatically changed the security landscape globally. (Fiji Times)

Colonel Saumatua urged that the MSG police commissioners should to endorse the establishment of a regional security force. He added: “Our strategic priority is the safety, welfare and values of our people by stabilizing viable and sustainable regional security environment for stimulant economic prospects and sustainable development.” He added: “As police commissioners you have a huge responsibility to your respective governments and citizens not only in maintaining law and order but to contribute immensely in promoting an environment that is conducive for growth and national development.” (Fiji Times)

Why Establish The Legion? Why Now?

The big talk among Melanesia’ political elite is how to benefit from anticipated large deposits of exploitable deep sea natural resource which have until now been considered locked deep beyond physical reach.

With technology advancements in deep sea extraction, it is believed large resource deposits will potentially return billions of US dollars in royalties to Melanesia’s states and region-wide economy. The challenge for Melanesia leaders is how to ensure Melanesian peoples and economies receive the fruits of this exploration rather than see all profits head overseas.

36th-Parallel sources suggest multinational representatives are in discussion with the governments of Papua New Guinea, Solomon Islands, Vanuatu and Fiji over exploration rights to identify the exact locations of deep sea deposits of oil, gas, copper, gold and other mineral resources.

Additionally, representatives of Luxembourg have co-funded the Melanesian Spearhead Group’s administrative secretariat, and took part as observers and presenters at this year’s MSG leaders summit. Co-funder, the People’s Republic of China’s representatives also attended the summit.