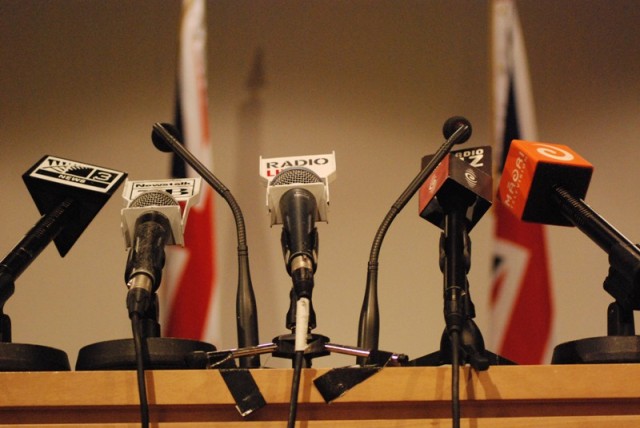 Dispatch: Is NZ Foreign Affairs Minister McCully On His Way Out?

-41.278446, 174.776550, Wellington, New Zealand – New Zealand Prime Minister John Key’s comment that he has “no idea” about Foreign Minister  Murray McCully’s whereabouts suggests distance has developed between the two men – if not a rift.The New Zealand Prime Minister’s “no idea” comment was seeded into the public arena during a ‘stand-up’ interview this week with Parliamentary press gallery reporters, and at a time when the New Zealand government has been exposed to critical scrutiny over its proposed staff and budget cuts to the Ministry of Foreign Affairs and Trade (MFAT). 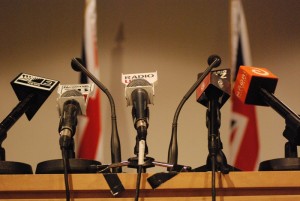 The apparent distance between the Prime Minister and his Foreign Affairs Minister follows a public admission that McCully’s private emails had been hacked (see external link to NZ Herald report). A sample of the emails was disclosed to the public via a website and displayed communications between McCully and National Party MP John Hayes (a former NZ diplomat). In the emails Mr. Hayes wrote of “resisting” China and advised Mr. McCully on how to curb supposed fiscal inefficiencies at MFAT’s Pacific Island missions and in aid budgets that target Pacific Islands Forum governance. Mr. Hayes’ diplomatic credentials and his relationship with Mr. McCully suggests a similarity of thinking between them on these matters.

Even so, the language used by the Prime Minister this week suggests Mr. Key is unconcerned about being made to look inept by his ignorance of Mr. McCully’s schedule, and has opted to “out” his Foreign Minister as being less than a team player when it comes to sensitive policy issues.

The rift between the two National Party leaders may be the result of internal divisions on matters other than foreign policy, but regardless of cause the writing appears to be on the wall: McCully’s days as Foreign Minister could well be numbered, and someone with a more pliant view of Mr. Key’s foreign policy outlook will be his successor. Given National’s emphasis on trade as the basis for foreign policy, Trade Minister Tim Grosser is the likely successor.

Mr. McCully has been tasked by the National-led Cabinet to cut MFAT’s budget significantly (diplomatic and ministry staff by 21 percent with additional cuts to MFAT’s capital expenditure). This task is underway, but public statements relevant to the cuts and consequential restructure have been delivered not by Mr. McCully but by MFAT’s chief executive John Allen. The minister was conspicuous by his absence. (See external link to Scoop/3News video report). This suggests an effort to deflect criticism of Mr. McCully or the fact that he is not fully engaged in the MFAT restructuring process.

Ineffective or disengaged ministers often fail to persuade a government’s finance tag team that their ministries require a budget increase. As a consequence their ministries stagnate, regress, and struggle to maintain a service equilibrium.

It is significant that these cuts have been advanced during the pre-budget period when finance and associate finance ministers hold bilateral meetings with fellow Cabinet ministers. It is during these meetings that respective ministers pitch the needs of their ministries and departments to the finance team to ensure the Government can plan its fiscal strategy unhindered yet focused on proper operation of government entities consistent with prudent economic principles. Ineffective or disengaged ministers often fail to persuade a government’s finance tag team that their ministries require a budget increase. As a consequence their ministries stagnate, regress, or struggle to maintain a service equilibrium.

While these are tight economic times, Mr. McCully has not been able to persuade Treasury that MFAT must maintain a fiscal status quo until the 2012 budget is revealed.

New Zealand is an export-led economy that is dependent on a small but rigorous diplomatic corps and trade wing. Politically, National Party-aligned stakeholder entities such as Fonterra and Federated Farmers will have expected more from the National-led Government’s diplomatic wing. Specifically these powerful stakeholder groups will have expected more from Mr. McCully. Add to this the many burgeoning export-oriented businesses in New Zealand that seek assistance from MFAT’s diplomats, even if by way of information about and introduction to offshore markets, and the sum assessment in the PM’s office may be that the Foreign Minister has failed.

Politically, Mr. McCully appears to have allowed himself to be set up to fall. The Prime Minister’s comments suggest Mr. Key wishes to present an appearance of distance between himself and Mr. McCully while McCully appears absent or distracted. When Mr. McCully finally appeared in the media, he argued that fiscal incompetence by MFAT officials was the root source of its current problems (see external link to TVNZ One News). The Cabinet’s strategy is for the Government to appear fiscally balanced by slashing public spending, including the minimum 20 percent cut at MFAT. However, Mr. McCully’s attempts to justify the decision has failed, and there is open discontent within the diplomatic corps regarding the nature and thrust of the cuts. Now Mr. McCully has been presented as estranged from his Prime Minister and distant from his ministry. The foreign minister’s relationships inside caucus are frayed on multiple fronts. This all suggest his tenure is unsustainable.

Prime Minister Key has shown he is quick to replace ministers on breaches of morality (Dr Richard Worth) and poor standards of ethical judgement (Pansy Wong). Mr. Key is less inclined to relieve ministers from portfolios due to a public perception of incompetence, especially when a minister is important to factional balance within the caucus. But politically, Mr. McCully is now more isolated within the caucus. Plus, there is a historical precedent: Mr. McCully was relieved of his Tourism ministerial portfolio in the 1990s. 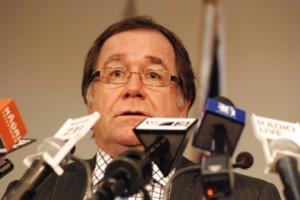 National MP Murray McCully’s role as New Zealand foreign affairs minister has passed its efficiency and competency peak.Mr. McCully will be replaced as soon as he absorbs peak-flak from the MFAT cuts and restructuring. Therefore, his demotion is likely to occur post-Budget 2012.The Cabinet’s fiscal retrenchment policy and Mr. McCully’s political isolation (aggravated by his inability to personally address aligned political pressures) will render him unable to assert a satisfactory standard of ministerial leadership over his portfolio. Specifically, Mr. McCully will be increasingly unable to exercise authority over MFAT officials and will suffer a loss to his reputation among the New Zealand’s regional partners as a result of his deteriorating public image. This suggests that it is likely Mr. McCully will be stood down from his ministerial portfolio prior to the Pacific Islands Forum leaders’ summit in the Spring.