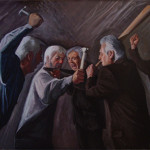 Introduction: In light of recent events involving the New Zealand Labour Party, this brief explores the phenomenon known as political fratricide and its sub-set, party fratricide.

Political fratricide is the tearing apart of a political movement or organization due to internecine differences amongst political allies or the ideologically kindred. Starting out as factional or ideological disputes, it develops into irreconciable cleavages that are impossible to resolve within the existing organizational framework. It becomes fratricidal when erstwhile brothers and sisters in political arms turn on each other over differences of ideas, strategy and tactics to the point that the movement can no longer sustain itself as a coherent political entity. Once that happens the original movement is purged of dissenters by the dominant, and often increasingly authoritarian faction. Clear historical examples are provided by a myriad array of 20th century Left movements that fractured and split over ideological hair-splitting and matters of praxis. The general result is to weaken their broader appeal, segment them into narrow focus groups, and therefore diminish their overall import in the political debates of the day. The more intense and acrimonious the political fratricide, the less likely a movement will recover its original shape and play an effective role in mainstream politics. In most instances that means permanent marginalization.

Party fratricide is a sub-set of this phenomenon. It is characterized by increasing cleavages, factionalization and fragmentation within political parties over any number of issues, including leadership selection, policy priorities and ideological purity. Party fratricide results in the elimination or purging of losing factions.

Party fratricide is due to either of two reasons.

One is irreconcilable differences within the Party on core beliefs. In this instance the very nature of the Party as a political entity becomes the subject of angry internal debate to the point that it can no longer function as a coherent whole. That forces splits and defections by discontented Party members that ultimately result in the formation of new Party off-shoots. As with the case of political movements, this dilutes the electoral strength of the original Party, which may or may not be replaced by one of its off-shoots as the preferred vehicle for the marshaling of a given political cause or belief system. Although the original Party may survive, its core belief structure will be modified by the defections and emergence of ideological competitors holding different conceptualizations of the original ideas that once bound them together. That has the overall effect of diluting support for the belief system itself because the increased number of disputed interpretations resultant from the fratricidal process muddles popular interpretations of what the “pure” belief  really is.

The second cause of Party fratricide is an absence of core values. In this instance, which often is seen in “catch-all” parties that seek to appeal to the widest array of interests possible, the absence of an ideological core leads to the narrow pursuit of segmented interests and policy implementation by a variety of internal factions. That in turn sets the stage for tactical opportunism, be it in the trading of favors via pork-barreling or log-rolling, or in regular shifting of support for policy positions or party factions based upon self-interest and the contemporary dynamics of the Party at any given moment. People of ideological principle finds themselves isolated and outflanked by the tactically astute who are less rooted in ideological conviction. In an age of mass media coverage, politics of personality outweigh principle. The more this occurs the more likely that bitter personal antipathies develop within the Party as ambitious individuals joust for leadership roles in an evolving informal or subterranean contest that parallels the formal rules of Party leadership contestation and selection. Since there is no one central belief system to which all adhere, the field is left open for cunning tactical opportunists to hold sway in internal party debates.

This appears to be what is happening to the Republican Party in the US, and it shows signs  of occurring in the Australian and British Labor/Labour parties. In contemporary New Zealand it  seems to have happened in the ACT Party. These parties contest power not out of a core belief system but based on a platform of temporally shared policy interests. Although that may suffice to win power or office, it also is a source of constant internal tension that has the potential to explode into outright conflict should personal animosities or policy differences turn irreconcilable.

Class-based and single-issue parties appear to be more prone to fratricide rooted in “pure” ideological differences. Non classed-based “catch all” parties appear more prone to interest-driven or opportunistic fratricide. There have been cases where class-based or single-issue parties that have undergone the “pure” type of fratricide evolve into non class-based, catch-all parties that subsequently are subject to interest-driven factionalization with potentially fratricidal consequences. The New Zealand Labour Party is an example of an originally class-based party that has undergone such an evolution.

Party fratricide does not necessarily spell the death of the Party but is a sign not only of deep division within it, but of fundamental weakness. If a Party cannot unite around a common set of objectives, leaders or beliefs in the face of a coherent and well-organized opposition operating within well-defined and long-standing institution boundaries, then it is less a political Party than an amalgam of sectoral interests forced together by political circumstance and shallow ideological affinity. 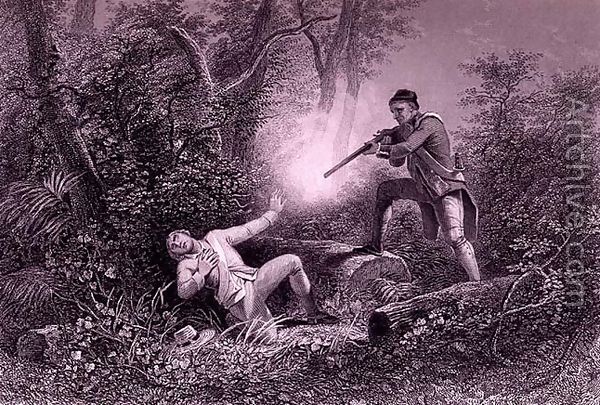 The question for the day in New Zealand is whether a Party that is exhibiting signs of fratricide can pull back and regroup in a manner that retains its coherence and effectiveness as a political interlocutor. One way may be to rehabilitate, resurrect or recruit again those that have lost favor or been relegated by the internecine battles (many a political Laxarus has been returned to the fray in New Zealand and elsewhere).

There are a number of other means for re-constituting a coherent political platform and leadership cadre  that enjoy the support of the Party membership as a whole. An induced purge of  weaker factions in pursuit of a leaner focus on a more narrow (often non-ideological) policy agenda is feasible, although the calculus depends on the relative loss of electoral support due to the purge. It is possible that dissenting factions deliberately force a purge in order to create a new “pure” party that will attract the support of many original party members, although the usual result is that purged factions regroup as smaller parties whose electoral significance is more often than not inconsequential and short-lived.

in any case, thus the solution set to the problem of political fratricide may be varied as it is difficult, but for one contemporary New Zealand political party at least, it has also become an absolute necessary.

Analytic Utility: Understanding the nature and origins of political movements and parties allows for mapping of potentially fratricidal tendencies within them. Distinguishing between “pure” or ideological versus opportunistic or interest-based causes of internecine conflict helps predict the depth and permanence of internal divisions and their potential to result in political fratricide. It also allows forecasting of the direction of factional purges and the nature of potential political off-shoots as well as the electoral viability of both the original party and splinter parties in the wake of a split.

An earlier version of this essay appeared at kiwipolitico.com on November 21, 2012.