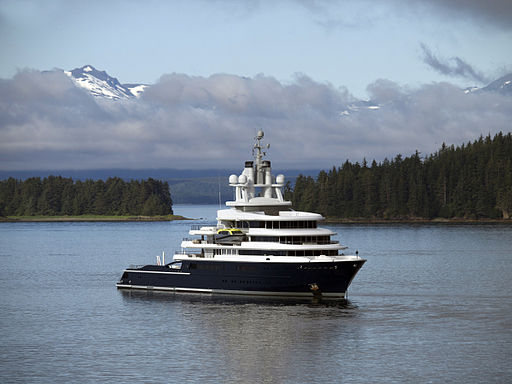 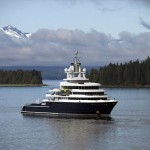 Introduction: In an earlier brief 36th Parallel Assessments highlighted the forecasting potential of capital flight. In that brief difference was made between foreign and domestic capital flight as indicators of regime instability.

In this brief attention shifts to an overlapping phenomenon that involves but is not reducible to capital flight: elite exodus. As with capital itself, the voluntary relocation of elites to foreign countries on a semi-permanent and permanent basis serves as a reliable indicator of long-term regime stability.

Elite practice of relocating to a foreign country on a permanent or semi-permanent basis is not new. It has been the privilege of the wealthy to seek tax havens, privacy, investment diversification, better education, criminal immunity, political refuge or holiday relief in foreign climes. Elites regularly commute between countries and hold residence in more than one. In small island states such as those in the South Pacific, royalty and nobles have been exported abroad as a political diffusion measure. Because there are limited formal positions of authority in the home country and those depend on purity of lineage and age, sending lesser nobles abroad helps dissipate potential unrest while at the same time extending elite influence in the diaspora. The historical variations on elite translocation are many but there is one common theme: they maintain a permanent connection to if not presence in their country of origin.

The practice has taken on a new characteristic, where political and corporate elites permanently move their families as well as their assets abroad as insurance against possible economic, social or regime instability. Unlike the waves of elite emigration that characterized Latin America in the 1960s through the 1980s (out of fear of revolution), the flight of Persian elites after the fall of the Shah in 1979 (also because of revolution) or the white migration out of South Africa or Zimbabwe after majority rule was established (which was born of racially-based fear), this is not involuntary exile, be it political or economic in motivation. Nor is it the tried and true practice of working and middle class emigration in pursuit of opportunity. This is an elite practice, done voluntarily and done permanently..

It is not a case of fleeing from criminal prosecution or political persecution. It is not a case of educational migration with an eye towards inter-generational return, such as amongst South Korean “goose families.” Although it involves elements of such, it is not merely a hedge against future economic uncertainty. If anything, it is a variation on the “naked prince” syndrome seen in China (where public and private elites send their families abroad in order to safeguard them from liability or retribution at home in the event the head of household runs into political or criminal difficulty). However, there is a significant difference to the phenomenon described here.

It is a permanent commitment to reside overseas on the part of people who are in very good standing in their home countries. Although they may act individually, their aggregate numbers classify them as a group. Because they are a group, their permanent departure from their countries of origin constitute an exodus.  Because they do so voluntarily before threats to their positions, status or livelihood are threatened, they provide an early indicator of instability in their countries of origin.

The new form of elite exodus is voluntary as well as permanent. The elites in question are not under immediate threat and retain their positions of local authority and power. Yet they choose to permanently relocate their personal lives abroad. This often starts with moving immediate family and purchasing property overseas and establishing permanent residence for them in a foreign country. It includes moving personal assets to said destinations, a practice that is often facilitated by foreign investment and visa schemes designed to attract affluent immigrants. In many instances the security bonafides of the monied entrants is left to private intermediaries. The process is most often gradual, as family and assets precede the definitive move by the main source of social authority or power in the household.

The phenomenon of elite exodus is most often seen in chronically unstable states, but in recent times has extended to what otherwise are considered rising or restored powers, China, Turkey and Russia being foremost amongst them. In unstable states elite emigration is involuntary or coerced. Yet in the latter countries large numbers of the very wealthy have voluntarily moved abroad on a permanent basis. This may be due to concerns about possible future prosecution or legal liability for economic crimes or because of a falling out with political authorities, or may be due to concerns about political oppression, unrest or social disorder in the years ahead. The key to understanding such voluntary permanent relocation as a futures indicator of instability is to understand that the elites in question make the move before their positions of power or authority come under threat.

Analysis of the economic and political backgrounds of elite voluntary exiles can reveal the class, social and political dynamics that motivated the move abroad. In is widely understood that at any given historical juncture there are ascendent and descendent class and non-class factions. Analysis of voluntary elite exodus provides a window on the dynamic between them, but not necessarily from a “losers” perspective. Ascendent elites may also see reason to park their long-term aspirations overseas.

The preferred destinations for the new wave of elite exodus are English speaking liberal democracies and traditional tax havens such as Monaco or several Caribbean island states, but countries such as Singapore also figure as attractive alternatives. The key points of attraction appear to be a combination of market economies, low taxes, strong educational, legal and financial systems, loose immigration and investment  requirements, already established expat populations and stable governance.

Although the elite exodus has economic benefits for the countries of destination, the latter run the risk of seeing at least some of these transferred elites bring unreconstructed attitudes of entitlement, power and influence to their new homes. This is not so much a problem in non-democratic states such as Singapore, which already have highly stratified societies governed by insulated elites with limited vertical accountability. For liberal democracies, the infusion of foreign elites with ascriptive and hierarchical attitudes towards social organization can pose potential problems of assimilation and conformity to the established social order and political rules of the game. Given their wealth and influence, such dispositions amongst at least some elite immigrants might prove pernicious to the host country.

Whatever the orientation of the elites in question, the bottom line is that the new form of voluntary elite exodus provides a long-range futures forecast (or early warning) on regime, social or economic instability in their native countries. Analysis of the specific basis of elite power in the home country (for example, whether they made their fortunes or held power in the private or public sector) can help pinpoint potential areas of unrest in those countries as well as the assimilation potential of the translocated elites into the economic, social and political systems of the countries to which they are emigrating. Trends in the number of foreign elite visa applications, the type of visas applied for and the nature of investment inquiries also provide indicators of foreign elite interests and concerns in their home countries as well as their perception of opportunities structures in destination countries.

Futures Forecast: Elite Exodus will become an increasingly significant trend in the years ahead. It will come from both traditional and non-traditional immigrant nations and will provide economic benefits to receptor nations. Trends in voluntary elite emigration offer an early indicator of regime, social and economic (in)stability in the countries of origin. In spite of the economic benefits accrued by foreign elite immigration, the potential negative impact of their permanent presence on local economic, social and political conditions cannot be discounted, especially in liberal democracies with strong egalitarian traditions backed by the impartial application of the rule of law. Loose immigration and investment regulations and requirements also raise the possibility that foreign criminal elites, or foreign elites with criminal ties, can find safe havens in their new countries of permanent residence. This advises in favor of due diligence and precaution on the part of government  agencies in receptor countries when it comes to scrutinizing the translocation movement of elite assets and elite personnel from countries in which the rule of law is not well established or arbitrarily applied, and in which strong ascriptive social hierarchies obtain.