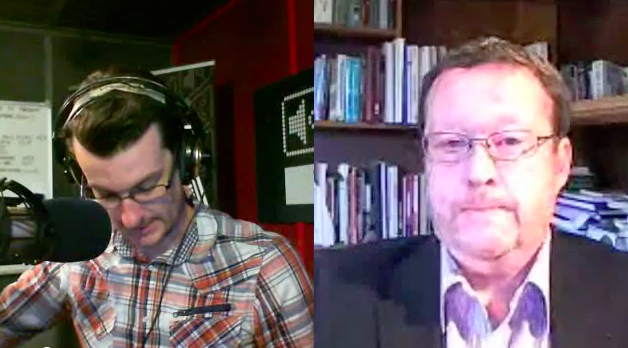 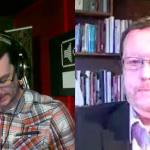 Paul Buchanan is interviewed by Glenn Williams on the recent election wins for those who advocate nationalistic sovereignties in France and in Greece. What can we expect from the new governments? Will they maintain their commitment to the Euro currency or will they move to exit the Eurozone?

Although attention has been devoted to the fact that the victorious presidential candidate in France, Franceois Hollande, is a Socialist and markets have reacted negatively to the results, the real issue is that we are now seeing a full backlash from voters against the politics of austerity. This is not a Left versus Right issue (in fact, the far Right united with the Left in both elections against market-oriented ruling parties), but is instead a economic sovereignty versus European market division. More and more voters are preferring economic nationalism over the benefits of being part of the Euro zone. In Spain and Portugal last year Socialists were turned out of office in favor of center right parties that campaigned on moderate anti-EU platforms. If we also factor into account the fact that Left parties won regional votes in Germany yesterday (undermining Andrea Merkel’s center-right coalition) and Labor voters grounded the Conservatives and Liberal Democrats in last weeks local elections in the UK, what we have seen is a rejection of EU market steerage of national economies as well as the politics of austerity.

The framing of the issue is now contested. Pro-market advocates speak about the Greek, Spanish, Portuguese and French debt and how they need to tighten their belts. This is what is known as the bean-counters logic, where everything is based on a “cut cut cut” budgetary strategy in order to balance the public books. What bean counters overlook is the social costs of austerity, which are destabilizing these countries and polarizing society. Nations are not firms, but instead are political communities that are superimposed on different economic networks. These elections mark the moment when the French and Greeks have reclaimed the primacy of political identity over macroeconomic determinants. With an average unemployment rate of 10.7 percent throughout the European Union and eight out of 17 EU countries in recession, it is only natural that voters would seek to reclaim sovereignty over national economic decision-making. In order to do that they had to reforge a political identity in opposition to the dictates of unelected European bankers and the EU bureaucracy built around them, and that identity transcends the Left-Right ideological divide. If it is true that those who determine the terms of political debate are those that win the debate, then it is clear that the terms of debate on the matter of national economic management have shifted away from the market-driven logics of the last two decades.

Rather than phrase it as a matter of Greek and French indolence and extravagance when it comes to social spending, the issue is being framed as one of refusing to shoulder the burden of austerity imposed by banks who took huge risks when lending beyond what was advisable given productivity and growth levels. After all, the public did not have a say when the loans were negotiated and had no real say in how the money was spent. Bankers in France, Germany and the UK assumed huge risks when lending to Greece, Spain and Portugal (and France), and now they want the electorate to pay the price of austerity in order to cover their potential losses. This is contrary to the spirit of capitalism, where investors assume risks at their own peril and many get burned when they take too much risk or get overextended on their investments or lending. Thus the public mood leading into last weekend’s elections was essentially this: Why should the French or Greek public bail out French, German and British bankers who ignored the risks in lending to dodgy governments with track records of fiddling the books and lining their pockets? If one adds the manipulation of credit ratings in order to justify making those risky loans during the financial bubble in the 1990s and early 2000s, then the unfairness of current austerity regimes becomes quite clear. European financial elites took great risk and gamed the system when they made ill-advised loans to a variety of European governments (now long departed). They want the citizens of these countries to cover their potential losses by practicing austerity that results in massive unemployment and regarded standards of living. The voters of France and Greece and 11 other Eurozone countries since 2009 have said no. For them the issue is not about austerity but about fairness.

All of which is to say that the Eurozone is in serious trouble as a political as well as an economic entity. Elected governments that answer first to foreign lenders rather than their own people are being punished for their betrayal on nationalist grounds that transcend class and ethnic differences. This has united the far Right and Left against the market-logic centrists. Although Hollande is moderate and will seek to preserve the EU and France’s role in it, whatever coalition that forms in Greece will force a renegotiation of the terms of its debt repayment schedule or will renege on it, and perhaps even default so as to be able to exit the Eurozone and regain control over the national economy and currency. If Greece does that then the door is open for others to follow. The bankers will lose interest on their ill-advised loans, but it remains an open question as to whether that will be bad for the French, Greeks, Spaniards and Portuguese. After all, companies may go bankrupt and disappear, but countries do not. However markets react to the shift in policy approach away from the politics of austerity, these countries will remain as political entities long after their respective debts have been written down. And once in control of their economic destinies and currencies (no matter how devalued these may be), they can begin a fresh start from a relatively clean slate unencumbered by the dictates of foreign bankers and EU bureaucrats far removed from the realities of daily life for the majority of people in their respective countries.