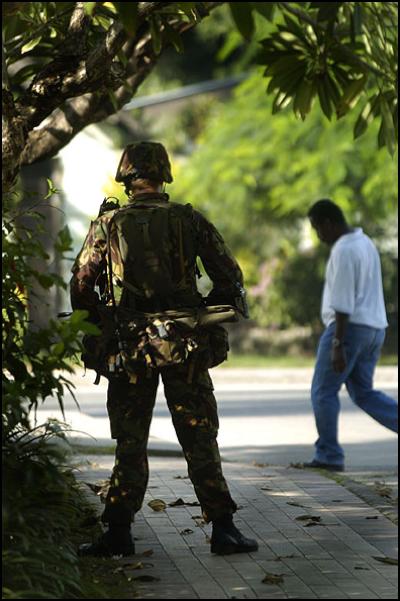 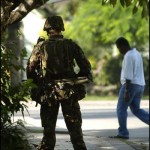 36th Parallel Security Assessment – by Paul Buchanan: Announcement that the Melanesian Spearhead Group (MSG) has approved a Fijian proposal to create an armed Legion as a regional rapid response unit raises the issue of military professionalism in the South Pacific. Designed to respond to internal disorder and violence in the MSG member states, the Legion will be drawn mostly from the Republic of Fiji Defense Forces (RFDF), although is envisioned to include personnel from the other states that maintain armed services (Papua New Guinea and the Solomon Islands). The Legion is seen as an indigenous replacement for external armed forces, specifically Australian, French and New Zealand military forces, that have periodically intervened in the region and which continue to maintain a presence in the Solomon Islands and East Timor. See, 36th Parallel Assessment.

Australia/Afghanistan: Australia has announced that its troops will be withdraw from Afghanistan nearly a year ahead of a previously scheduled 2014 withdrawal date. Julia Gillard, the Australian prime minster, said on Tuesday that most of 1,550 remaining Australian troops in Afghanistan were expected to return home by the end of 2013. That timetable would see the largest force provided by any nation outside of the NATO alliance leave the country a year ahead of the proposed December 2014 withdrawal date for all international forces. See, Al Jazeera Report.

Papua New Guinea: Papua New Guinea Prime Minister Peter O’Neill and his deputy Belden Namah have been asked to step down because of the current constitutional crisis facing the country. The call was part of a petition presented last Friday to government authorities by about 500 people from the Tsak Valley in Wapenamanda, Enga province. They walked about 10km to present the petition to the sub-district manager, Iso Lovely, who received it on behalf of the government. See, PINA Report.

Fiji: The Land Force Commander of the Republic of Fiji Military Forces (RFMF), Colonel Mosese Tikoitoga, has warned members of the public not to be swayed by statements published by the non-governmental organisations (NGOs) in the country. He was reacting to the statement issued by the Fiji Women’s Forum after their meeting last week. The group wants an immediate return to democratic and civilian leadership and rejects any involvement of the RFMF Land Force Commander in the process of constitution making and electoral reforms. Colonel Tikoitoga reminded the group that the RFMF and the Land Force Commander would not be involved in the new constitution because this was the Government’s work. See, PINA Report.

Fiji: Commonwealth Ministerial Action Group (CMAG) reiterated its desire to see Fiji reinstated as a full member of the Commonwealth family, through the restoration of democracy, the rule of law and human rights, in accordance with the fundamental political values of the Commonwealth. In this regard CMAG welcomed the recent announcement by the Government of Fiji of a constitutional consultation process that would lead to elections by September 2014. CMAG further noted the undertaking made by the Government of Fiji that this process will be inclusive, transparent, and conducted with integrity and honesty. See, Island Business Report.

Tonga/Region: Soldiers and Police officers from around the Pacific are in Nuku’alofa for training on good leadership and decision making. The British Army has funded more than 10 officers to travel to Tonga Defence Force Headquarters led by a military expert from Sandhurst. Ronnie McCourt from the Royal Military Academy in Sandhurst said a good leader is someone who can make good decisions. See, PINA Report.

Samoa: The Minister of Communications and Information Technology Tuisugaletaua Sofara Aveau has denied any affiliation between the Chinese Company, Huawei and the government of Samoa. He says other than their connections through BlueSky the government is not involved with them. “The government has no other association with the company,” says Tuisugaletaua. However in April 2011 an agreement on economic assistance and a Memorandum of Understanding were signed between Samoa and China representatives at the Prime Minister’s office. Signing the MOU which covers provision of broadband services was Tuisugaletaua and a representative of Huawei Technology Limited. The Minister of Finance, Faumuina Tiatia Liuga signed the assistance agreement with China’s representative. See, Island Business Report.