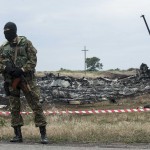 The chaotic state of contemporary international affairs demonstrates the serious limitations of constructivism and idealism as theoretical frameworks for the analysis of global macro-dynamics. The former claims that the construction of international institutions helps universalise common values and mores, thereby leading to improved interstate relations under supranational (international organisation) guidance and enforcement. The latter posits that the perfectability of humankind makes for a common search for cooperation in the conduct of foreign affairs. This leads to the pursuit of constructivism in international relations as common effort is made to overcome self-interest as the bottom line of nation-states.

Both schools of thought believe that economic and non-state actors will eventually adopt similar approaches to their behaviour with foreign entities, as the universalisation of norms serves as a hedge against the uncertainties that ultimately lie at the heart of foreign relations based upon self-interested maximisation of opportunities by international actors acting rationally in environments of scarcity and limited information. This line of thought follows a rich utopian tradition that extends back to Immanuel Kant’s “Perpetual Peace” through Woodrow Wilson to Alexander Wendt.

There have been undoubtable advances in international cooperation and the embrace of universal norms and supranational institutions over the last century. But recent events suggest that two “old school” theoretical approaches remain the best guides to international dynamics and the behaviour of international actors, both state and non-state in nature: realism and systems theory.

The reasons are simple. Realism is funded on the belief that absent universal norms accepted and enforced universally, self-interest is the ultimate determinant of actor’s behaviour in the international arena. This tendency is accentuated in environments of scarcity or of competition over strategic resources. Both situations–the lack of universally shared norms and competition over strategic resources–are hallmark characteristics of the present era.

International systems theory is both descriptive and prescriptive. The former describes the nature of interstate power relations at any given point in time: unipolar, bipolar, multipolar or anarchic. The analysis of said relations occurs globally, regionally and sub-regionally, as the international system is seen as being comprised of sub-systems acting at the micro (sub-regional) meso (regional) and macro (international) levels. The latter is a product of both the first two as well as dynamics of its own.

Realism is focused on the exercise of power and its distribution in the international arena. It has intellectual origins in the though of Metternich and Machiavelli, upgraded in modern times by Hans Morgenthau and Kenneth Waltz (who advanced a school of thought known as structural realism or neorealism that emphasised economic power as opposed to military-diplomatic power). Today the concepts of “hard”,” “soft,” and “smart” power all follow in this tradition.

For international systems theorists the state of world affairs is never static. Instead, it is fluid and constantly in a process of change. There may be periods, often long in nature, of relative stability of a given system, but these are not permanent due to the inherent characteristics of the actors involved. For example, the Cold War was a period of what came to be known as tight bipolar stability, with alliance systems constructed around two opposing superpowers bound by the logic of nuclear deterrence. 45 years in duration, that system is considered to be relatively long-lived by systemic standards.

The post Cold War system was seen as unipolar in nature, as the US was considered to be the sole superpower after the collapse of the USSR. But in the eyes of systems theorists unipolar systems are inherently unstable, as pretenders to the throne will work incessantly, even if indirectly, to advance their positions vis a vis the so-called “hegemon.” In fact, unipolar systems are considered to be only marginally more stable than large-N multipolar systems in which power is widely distributed and strategic resources are regularly contested.

In contrast, small-N multipolar systems revolving around 3-5 states and their respective alliances or spheres of influence are considered to be the most stable types of international system, since the different poles can balance and counterbalance their relations with each other based upon mutual necessity. Balances of power are inherent in all international systems other than unipolar ones, and shifting allegiances on particular military, diplomatic and economic issues allow for equilibrium to be maintained amongst the competing powers. 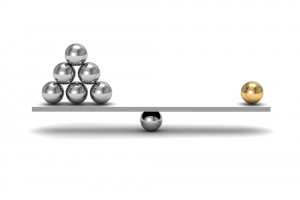 Under the logic of international systems theory unipolar systems cannot hold and will eventually lead to systemic realignment that results in the emergence of a bi- or multipolar world. But the transition has a systems regulator, and its name is conflict.

International systems re-equilibrate through conflict. Here the quest for balancing becomes something akin to jostling for position in the making of a future world. Conflict runs a gamut from diplomatic tensions to war, and includes economic disputes and sanctions, unilateral and multinational foreign interventions, increased espionage between and within alliances and among individual nation states, and breakdown of international norms and consensus. The transitional period can see temporary alignments and bouts of various types of polarity, but is essentially a fluid moment that can last decades until systems equilibrium is restored. During that time different types of conflicts ebb and flow, to include major conflagrations.

Much like the invisible hand of capitalist economics, systemic realignment occurs in the aggregate rather than as the purposeful outcome of individual preferences or collective decision-making. State and non-state actors may attempt to steer the course of systems transition, but eventual stability depends on the establishment of a status quo that supersedes their particular desires.

What all of this suggests is that the current state of international affairs is one of systemic realignment. The transitional moment began with the end of the Cold War and accelerated after 9/11. The ensuing decade of armed conflicts, new and resurrected tensions in Central and SE Asia and the Middle East and rise of new power contenders such as the BRICs has produced a context of competition and conflict in which national self-interest prevails and international norms and institutions are ignored in favour of piecemeal solutions. The situation is set to last for some time, so we should be under no illusion that a new stable international system will be established soon. 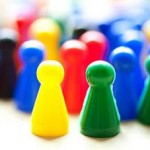 In that context a prudent course of action for small and medium sized states would be to understand that during a period of systemic realignment, strategic hedging in the form of holding all diplomatic options open, diversifying the range of economic partners and placing strict limits on the conditions in which military force is deployed is the best means of navigating the transitional moment. It specifically helps avoid entanglements brought about by undue connection to a particular power contender or by the contradiction of being tied to competing powers on different matters of national import–say security and trade.

Likewise, private actors exposed to economic risk must understand that the international context is more fluid than usual and heretofore established rules governing competition are subject to challenge absent effective enforcement capability. Reliance on international institutions in the event of disputes or dispossession, to include courts of arbitration and the like, needs to be qualified under present and near future circumstances.

Investors, government agencies and other interested parties confront an international moment that is witnessing systemic realignment characterised by a transitional phase marked by conflict. Conflict may vary in degree, type and intensity, but the transition between previous and future international systems, and their regional sub-systems, is fraught and prolonged. In that context private and public entities can seek to press for short-term advantage in the face of future uncertainty (say, by investing in conflict zones or in the economic opportunities made available by conflict, or by tying themselves to a rising power), or adopt prudent long-term strategies based on caution and hedging, thereby avoiding the type of “locked-in” commitments that could prove irreversible in the face of adverse change as the international system seeks equilibration around a new balance of power.