A primer on democratic intelligence oversight. 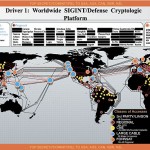 The fundamental difference between authoritarian intelligence operations and those conducted by democracies is that the former serve the regime while the latter serve society. Intelligence agencies in democracies answer to the government of the day but are not subjects of it. They are commonweal organizations: much like fire services, they are responsible to government in the first instance but serve society as a whole, without discriminating amongst its constituent parts either in service provision or in accountability.

Under authoritarian regimes intelligence agencies overlap internal and external espionage functions and answer only to centralized executive authority. In democracies intelligence agencies separate internal and external espionage functions and are held accountable by a systems of checks and balances between the three branches of government even if their leadership is directly overseen by, or is a part of, the executive branch or government of the day.

The reason democratic intelligence oversight is ideally split amongst the three branches of government is to avoid concentration of power in intelligence collection and to promote transparency and accountability amongst those who hold the critical responsibilities of safeguarding the nation’s secrets, thwarting the espionage of others, and collecting sensitive information about events, people, places and processes vital to the national interest.

Intelligence oversight in a democracy is part of a larger principle known as horizontal and vertical accountability. Democracies are characterized by two dimensions of accountability, as are their component parts. Vertical accountability refers to the accountability of incumbents of national and local decision-making positions to the public at large. This can occur via elections, recalls, referenda, judicial review and other mechanisms by which those who govern are held to account by those they ostensibly serve.

Citizens hold decision-makers in State agencies, particularly highly intrusive State agencies such as intelligence services and the Police, accountable through elected government. Agents of these agencies may be appointed or bureaucratically promoted, but they still serve the public interest under the scrutiny of elected public officers (even if indirectly, since senior judicial appointments often are subject to legislative approval).

Horizontal accountability refers to the accountability of public institutions to each other. This lies at the core of the notion of separation of powers, whereby the actions of one branch can be reviewed and held to account by others.

This most often means that the actions of the executive branch, which operates as the management agent of the State, is subjected to review by other State branches operating independently of each other. In practice this is done by the judiciary and legislature, and in the case of intelligence oversight, by specialized agencies working for them. These branches also have their own vertical accountability mechanisms, be it legislative elections or judicial recall procedures.

That in turns requires professional familiarity with technical aspects of intelligence tradecraft such as radio, phone, cyber, cable and satellite telemetric communications (Signals), infrared, imagery, acoustic, geospatial and seismic monitoring (Technical), and anthropological, cultural, demographic, economic, historical, political, psychological and social factors (Human). Only with such expertise can intelligence oversight agencies realistically assess the operations of and resist cooptation by the intelligence agencies they are charged with monitoring.

Intelligence oversight bodies must act independently of the executive branch and have powers of compulsion under oath when seeking information from intelligence officials. That means dedicated funding as agencies of the legislature and/or judiciary. Otherwise, intelligence oversight is placed at the interface between politics and operational matters in a chain of responsibility, which reduces institutional autonomy and freedom of action.

Whether they ultimately answer to the courts and/or legislature, democratic intelligence oversight agencies are nonpartisan and apolitical. They serve as permanent autonomous agencies of the judiciary and legislative branch. Their oversight is operational as opposed to formulative. They do not make the rules governing intelligence agencies (something that is a matter for the legislature subject to judicial confirmation). Rather, they ensure that the rules are adhered to in the course of intelligence operations, something that reaffirms and reinforces adherence to the law by the agencies being overseen.

An alternative to the separation of powers concept with regard to intelligence oversight is to appoint an independent review/oversight board with permanent staff and all of the powers mentioned above. The board can be nominated by the executive but is ratified by consensus in the legislature subject to judicial review and security vetting of nominees.

With regard to the oversight role of the executive branch, which can often be the first point of contact when it comes to review intelligence operations, the responsibility for issuing intelligence warrants ideally rests outside the office of the prime minister or president. Normally that would be the province of the Attorney or Solicitor General acting on the prospective advice of external oversight agencies when considering requests by intelligence agencies.

It is important to separate executive oversight from the partisan logics and political expediency that constitutes the daily ebb and flow of democratic governance. That allows objective review of surveillance warrants that are not beholden to electoral, opportunistic or other non-commonweal logics. That is why someone other than the Prime Minister or President must be the lead point of executive branch oversight, and why s/he must answerable to the legislature or judiciary on contentious or disputable issues involving intelligence operations.

Appointing oversight bodies within the executive branch who depend on the intelligence community or the chief executive for resources is a fig leaf rather than a legitimate and effective oversight and accountability mechanism. If they are to fulfill their oversight roles they need institutional independence from the political leadership temporarily residing in the executive branch.

At its core, intelligence oversight systems depend on intelligence officials who act honestly and in adherence to the secrecy oaths and legal obligations incumbent upon them. That can be achieved by rigorous security vetting and regular monitoring of individuals with sensitive security clearances. The costs of doing so are justified by the benefits of keeping state secrets uncompromised.

There needs to be institutional means through which intelligence officers can address complaints and concerns about operations that they believe may be in violation of the legal charter governing intelligence operations (much like military justice systems dealing with illegal orders). With procedures and mechanisms for in-house review of intelligence operations, the job of external oversight becomes easier.

Should those avenues not exist, then external intelligence oversight agencies must offer legal guarantees to whistleblowers that inspire confidence that complaints and concerns will be seriously considered and individual privacy and security protected. Otherwise the temptation will exist for potential whistleblowers to go outside the institutional framework and leak information to external actors.

Absent strong permanent oversight, the tendency will remain for intelligence agencies to “push the envelope” of their institutional charter. It is natural (some might say required) of them to do so, as their commitment to service in defense of the national interest compel them to explore all means of advancing that goal absent legal prohibitions against specific operations or collection efforts.

Besides preventing abuses or arbitrary exercises of power, independent and autonomous intelligence oversight is a democratic hedge against that compulsion.

In sum, democratic intelligence oversight is a complex process involving mutual checks and balances among multiple specialized and dedicated agencies. The system may appear cumbersome but it is the only real guarantee against the “iron law of tyranny” that creeps into executive decision-making on security matters where and when they do not exist.

The bottom line is captured by a phrase from Ronald Reagan:  “Trust, but verify.” His focus may have been on the Soviet Union but the principle he espoused is as true for intelligence oversight in democracies as it is for foreign relations in general.

A condensed version of this essay was published on May 5, 2014 by the Lowy Institute “The Interpreter” blog: http://www.lowyinterpreter.org/post/2014/05/05/Democratic-oversight-of-intelligence-agencies-A-primer.aspx?COLLCC=1797698197&