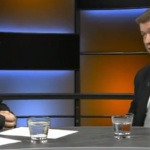 In this interview between Selwyn Manning and Labour’s spokesperson for Economic Development, David Cunliffe, Labour’s economic plan for New Zealand is examined. What would a Labour-led government do to solve the frailties within New Zealand’s economy? And what did David Cunliffe learn from his recent trip to north Europe and Scandinavia?

Here in New Zealand, is the old left versus right argument dead? Are third way social democratic ideals redundant? What ideology will the New Zealand Labour Party need to embrace for it to relegate the National Party’s populist pragmatic style as obsolete?

Manning also questions David Cunliffe on whether Labour must brand itself as the lead party in a red-green economic bloc (to be successful in 2014) – or should it position itself mid-term as the sole party with the economic answer to New Zealand’s challenges.

In August you returned from a trip to north Europe and indicated you were impressed with how Scandinavian countries embrace innovation.

You said the Scandinavians are fantastic about: government – business – community partnerships.

Q1: How can the Scandinavian economic experience be translated into a New Zealand context?

Q2: What are two key policies that are failing New Zealanders, and what are your solutions?

Q3: Is regional based economic stimulous a solution a part of your economic development kit?

On TV3’s The Nation in August you said: “Unregulated free market capitalism has failed the world.”

Q4: What is the economic system that you believe will fix the frailties within NZ’s economy?

Of course to impliment your solutions, Labour will have to win the 2014 General Election.

Q5: Through this term, Should Labour take on John Key using a presidential-style leader on leader tactic?

Q6: Should Labour expose National’s frailties by presenting a Cabinet In Waiting line up of Mps?

Q7: Should Labour brand itself as the lead party in a RED-GREEN economic bloc – or should it position itself as the SOLE-PARTY with the economic answer to New Zealand’s challenges?

Q9: What ideology should the New Zealand Labour Party develop or embrace for it to relegate the National Party’s POPULIST-PRAGMATIC style as obsolete?

The Beatson Interview broadcasts weekly on TriangleTV and webcasts on LiveNews.co.nz.