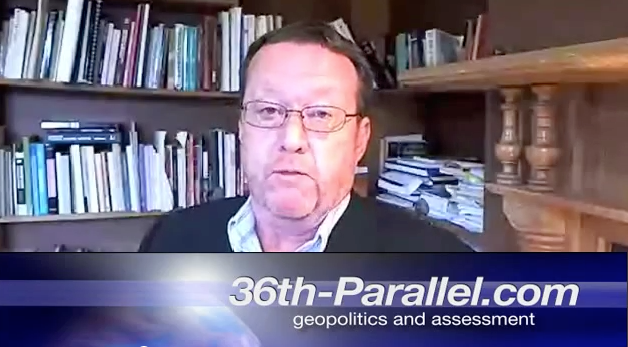 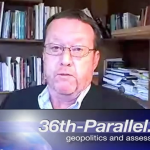 There are two aspects to this evolution. First, the central front in the war on terrorism has moved from Central Asia to Saharan and Sub-Saharan Africa. The reason is not only that anti-terrorism efforts have largely been successful in Central Asia (the Taliban are an indigenous political movement rather than an international jihadist branch), especially now that the Pakistanis have become more effective at eliminating al-Qaeda operations on its soil.

It is also due to the fact that there are a large number of failed or failing states in Africa that provide jihadists with ease of movement and better cover than in Central Asia. Somalia, Yemen and the Sudan are obvious examples, but Mali, Nigeria, Kenya and Tanzania have also seen an upsurge in Islamic militancy (recall the embassy bombings in Kenya and Tanzania over a decade ago and the ongoing conflict between Islamicists in Northern Nigeria with the southern-based central government).

The US has responded by building up its Africa Command, which did not even exist ten years ago, into the third largest US military command outside the continental US. So it appears that the counter-terrorism fight is headed to Africa, and it will largely be fought as an irregular conflict using the “drones and bones” strategy of combing UAW strikes with small (skeleton) team special operations against “high value” targets.

The second development is that, due to the loss of key leadership and inability to safely train for and organize large-scale attacks because of the effective surveillance and targeting of the US, NATO and the international community at large, international jihadists have moved to self-radicalised, decentralized  lone wolf or small group tactics.

Rather than head to militant training camps the trend is for individuals to get radicalized using jihadist web sites, which offer advice on everything from weapons construction to concealment, how to conduct surveillance of potential targets etc. Rather than part of a network that can be uncovered and dismantled piece-by-piece, the self-radicalised terrorist operates autonomously.

The self-radicalised individual uses the cover of “normalcy” to quietly develop terrorist skills (such as joining a gun club to practice target shooting). They select their own targets based on local knowledge and carry out operations autonomously rather than as part of a directed order from a centralized command. Note that the ideological cause behind lone wolf operations is not confined to jihadists. Right-wing extremists such as the Norwegian mass murderer  Anders Breivik have until recently been the most likely sources of lone wolf activity in the West, and it has only been the loss of secure training facilities and centralized leadership figures such as Osama bin-Laden that have forced Islamic extremists to adopt self-radicalised, lone wolf or small cell tactics.

This has been seen recently in Thailand. That brings up the issue of what impact this evolution has on New Zealand. Contrary to popular opinion, the terrorist threat closer to home is not so much in Indonesia as it is in Malaysia and Thailand. Indonesian anti-terrorist operations have been very successful, as have those in the Philippines.

In Thailand the Islamicist insurgency on the Southern border is very much alive and well, in part because of growing extremist sympathies in Malaysia and an unwillingness by the Malaysian authorities to fully commit resources to stifling them given the status of political competition there. Malaysia has been regressing on the counter-terrorism front while Indonesia has been progressing when it comes to suppressing Islamic extremism, so rather than the latter, it is from these two countries with direct connections to NZ that the most likely overseas threat may come from. But even that pleas in comparison to the possibility of a domestic lone wolf or small unit attack (which again, is comparatively improbable given the state of affairs in New Zealand).

Australia is a high profile target of jihadists due to its involvement in wars in Muslim countries and overt backing of the US. It is not a matter of if but of when the Australia will get hit on home soil, again, most likely by domestic self-radicalised extremists.

That is a possibility in NZ. There are already reports of extremist cells in mosques in and around Auckland, and the SIS is reported to have infiltrated these and possibly other mosques with an eye towards thwarting any incipient planning of attacks (and we can be sure that the GCSB and SIS pay close attention to who in NZ visits jihadist web sites). The threat potential may well be very low, but the shift towards decentralized, self-radicalised lone wolf tactics makes detection harder and prevention near impossible until very late in the plamning/operationalising stages. Add to that resentment over the SAS presence in Afghanistan and the fact that a number of males in recent refugee communities have considerable experience in armed violence, and the possibility of a home-grown lone wolf attack in NZ cannot be discounted.

In summary, there has been a shift in fronts, a shift in tactics and a resultant possibility that a terrorist event could occur in NZ either as a result of its relatively open door policy vis a vis Thailand and Malaysia and/or the emergence of self-radicalised cells or individuals at home. The latter is a remote possibility but certainly is more possible than a coordinated attack planned and directed from abroad.