Sunday, October 2, 2022
Home Analysis Assessment Analytic Brief: Counter-terrorism is a matter of law enforcement.
Known for its South Pacific focus, 36th Parallel Assessments covers global strategic and geopolitical issues as well. From time to time  matters of global import are highlighted in our analytic brief series. This is one such occasion.

Counter Terrorism is a matter of law enforcement. 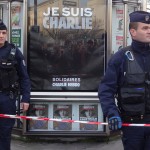 Part One: Beware the Sucker Ploy.

The post 9/11 security environment has been dominated by the spectre of terrorism, mostly if not exclusively of the Islamic-inspired sort. In many liberal democracies the response to the threat of this type of extremist violence has been the promulgation of a raft of anti-terrorism laws and organisational changes in national security agencies, the sum total of which has been an erosion of civil liberties in the pursuit of better security. Some have gone so far as to speak of a “war” on terrorism, arguing that Islamicist terrorism in particular is an existential threat to Western societies that demands the prioritisation of security over individual and collective rights.

Although ideological extremists see themselves at war, this response on the part of democratic states, and the characterisation of the fight against terrorism as a “war” marshaled along cultural or civilisation lines, is mistaken. The proper response is to see terrorism not in ideological terms, with the focus on the motivation of the perpetrators, but in criminal terms, where the focus is on the nature of the crime. Seeing terrorism as the latter allows those who practice it to be treated as part of a violent criminal conspiracy much like the Mafia or international drug smuggling syndicates. This places the counter-terrorism emphasis on the act rather than the motivation, thereby removing arguments about cause and justification from the equation.

There is no reason for Western democracies to go to war. Whatever its motivation, terrorism poses no existential threat to any stable society, much less liberal democracies. Only failed states, failing states and those at civil war face the real threat of takeover from the likes of the Islamic State or al-Qaeda in the Arabian Peninsula. For Western democracies under terrorist attack, the institutional apparatus of the State will not fall, political society will not unravel and the social fabric will to tear. The consent of the majority will be maintained. If anything, the state and society will coalesce against the perpetrators.

But there is a caveat to this: both the democratic state and society must beware the sucker ploy.

As an irregular warfare tactic terrorism is a weapon of the militarily weak that is not only a form of intimidation but a type of provocation as well. It has a target, a subject and an objective. Terrorist attacks against defenseless targets may be designed to punish or retaliate against the larger society, but they are also attempting to lure democratic states into undertaking security measures out of proportion to the real threat involved. In other words, the weaker party commits an atrocity or outrage in order to provoke an overreaction from the stronger subject, in this case Western liberal democracies.

The overreaction victimises more than just the perpetrators and legitimises their grievances. In doing so, the democratic state plays into the hands of terrorist objectives by providing grounds for recruitment, continuation and expansion of their struggle. When democratic societies, panicked by fear, begin to retaliate against domestic minority populations from whence terrorists are believed to emanate, then the sucker ploy will have proven successful.

The sucker ploy has been at the core of al-Qaeda’s strategy from the beginning. Enunciated by Osama bin Laden, the idea behind the attacks on the World Trade Centre and Pentagon, then the Bali, Madrid and London bombings, was to cause the entire West to overreact by scapegoating all Muslims and subjecting them to undemocratic security checks, to include mass surveillance, warrantless searches and arrest and detention without charge. With the majority supporting such moves, the Muslim minorities in the West become further alienated. That serves to confirm the al-Qaeda narrative that the West is at war with the entire Muslim world, which bin Laden and his acolytes hoped would generate a groundswell of conflict between Muslims and non-Muslims on a global scale.

The US and UK duly obliged by using 9/11 as one pretext for invading Iraq, which had nothing to do with the events of that day and which had no Islamic extremists operating in its midst at the time. It does now.

After the possibility of staging spectacular large-scale attacks like 9/11 became increasingly difficult due to Western counter-measures, al-Qaeda 2.0 emerged. Its modus operandi, as repeatedly outlined and exhorted by the on-line magazine Inspire, is to encourage self-radicalisedjihadists born in the West to engage in low-level, small cell (2-5 people) or so-called “lone wolf” attacks by single individuals on targets of opportunity using their local knowledge of the cultural and physical terrain in which they live.

In recent years the Syrian civil war and rise of the Islamic State have provided recruits with the opportunity to sharpen their knowledge of weaponry, tactics and combat skills with an eye towards future use at home in the event that they survive the foreign adventure (although less than 50 percent of them do). With reportedly 15,000 foreign fighters joining Syrians and Iraqis in the Islamic State ranks and a number of Westerners gravitating towards al-Qaeda, there are plenty of returning jihadiststo be concerned about, especially given the availability of soft targets in open societies. 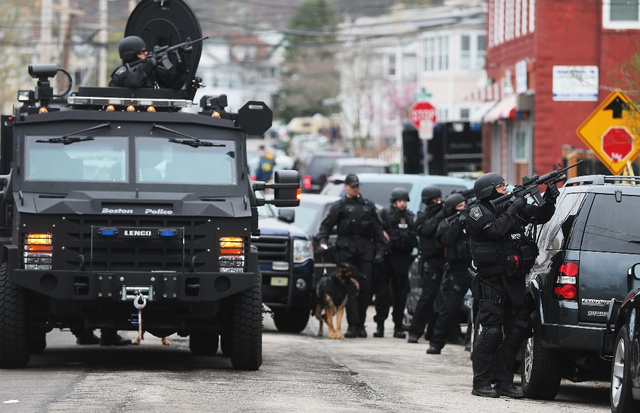 The tactical focus of the autonomous, decentralized terrorist strategy is on “everyday” targets. Shopping malls, sports venues, transportation hubs, entertainment venues, non-military government offices, media outlets, houses of worship, schools and universities–all of these present soft targets with significant symbolic value where a relatively small criminal act of violence can generate waves of apprehension across the larger population, thereby prompting a government overreaction as much in an effort to calm public fears as it is to prevent further attacks.

The range and number of these targets makes guarding all them very difficult, and if the perpetrators plan in secret and maintain operational secrecy up until the moment of engagement, then they are impossible to stop regardless of the security measures in place. Short of adopting a garrison state or open-air prison approach to society as a whole, there is no absolute physical defense against determined and prepared low level operators, especially when they have access not only to weapons but common household or industrial products that can be used to untoward ends. This is as much true for psychopaths as it is for terrorists.

Although it risks detection because of the coordination and numbers involved, one variant of the low-level, decentralised terrorist strategy is the so-called “swarm” attack, whereby several small cells engage multiple targets simultaneously or in rapid sequence, even in several countries if possible. This is designed to stretch the security apparatus to its limits, thereby causing confusion and delays in response while demonstrating the attacker’s capability to strike at will virtually anywhere. At that point the military–ostensibly used for external defense–is often called in, thereby giving all the appearance of a nation at war. Such is now happening in Belgium and France.

The evolution of terrorist tactics notwithstanding, if we strip away all the ideological gloss what is left is a transnational criminal enterprise. The proper response needs to be police rather than military in nature, and requires increased intelligence sharing and police cooperation amongst nations. The legislative response should be not to create a separate body of political crimes deserving of increased (and undemocratic) coercive attention from the state, but to bolster criminal law to include hard penalties for carrying out, financing, supporting or encouraging politically motivated violence. All of this can be done without militarising the state and compromising basic democratic values regarding the freedoms of speech, assembly and movement.

What is not needed but unfortunately has been a reflexive response in the West, is expanded anti-terrorist legislation and sweeping powers of search, surveillance and seizure that cover the entire population rather than those suspected of harbouring extremist tendencies. This violates the presumption of innocence as well as the right to privacy of the vast majority of citizens, to which can now be added restrictions on freedom of movement for those who, even without criminal backgrounds, are suspected of planning to travel to join extremist groups abroad.

Such measures are not entirely effective, as the Boston Marathon bombings, Sydney hostage crisis (the work of a lone mentally ill individual with delusions of Islamic grandeur who was out on bail for sexual crimes and accessory to murder) and the Charlie Hebdo attacks have shown (Australia, the US and France have very strong antiterrorism measures, to include the Patriot Act and NSA/FBI mass surveillance in the US, overtly authoritarian security legislation dating back to the Fifth Republic in France–which was a response to the Algerian Crisis of 1958– and increasingly severe anti-terrorist legislation in Australia).

There is a clear need to upgrade police intelligence gathering, sharing and operational procedures in order to combat the terrorism threat. The main impediment to that has not been a public lack of cooperation or the inadequacy of extant criminal law (which needs regular upgrading in any event due to the evolution of crime–for example, 40 years ago cyber security and cyber crime were not issues that needed to be covered by law).

Instead, it has mainly been due to inter-agency rivalries between domestic security and intelligence agencies and a lack of international cooperation on ideologically charged matters such as Islamic terrorism (for example, between Israel and its Arab neighbours and the US and China). Given advents in telecommunications technologies, there has to be a priority focus on social media intelligence gathering, particularly of platforms that use encryption to shield criminal behaviour. But all of that can be done without the mass curtailment of civil liberties, and without militarising the response to the point that it gives all the appearances of cultures at war.

It should be obvious that the underlying causes of terrorism in the West need to be addressed as part of a comprehensive strategy for dealing with the problem. These involve a host of socio-economic, diplomatic and cultural policy areas and a willingness by politicians to broach debate on sensitive topics related to them (such as the question of assimilation of migrants, border controls, minority youth unemployment etc.).

But in the narrow sense of security counter-measures, the key is to not exaggerate the terrorist threat, to strip it of its political significance and to use more efficient policing and intelligence gathering backed by criminal law to treat it not as a special type of (political) crime but as just the violent acts of criminal conspirators.

This is just the domestic side of the counter-terrorism coin. The other side involves defeating ideological extremist groups that have established military and political beachheads in the Middle East and elsewhere, and from where returning foreign fighters come from. That is a matter of foreign and external security policy where the military option is most properly considered.

In the end, the fight against violent ideological extremism in democracies involves as much de-legitimization of the cause as it does increasing physical security from the attack. The first step in doing so is to treat ideologically motivated terrorism as a criminal enterprise, not as a uniquely dangerous type of political or cultural expression.

Although terrorism in an unpleasant reality of modern life, it is not the existential threat that it is often perceived to be. 36th Parallel Assessments provides decision-makers expert advice on how to assess terrorist threats and how to respond to them given the context in which decisions are made.